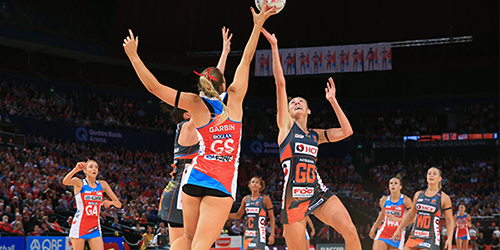 The newly released report into changes in the technology, media and telecommunications landscape highlights how Australian women’s sport is on track for rising monetisation, driven by predicted growth in broadcast hours with women’s sport to account for up to 25% of total broadcast sporting hours by 2025 - accounting for the vast majority of growth in total sports consumption and in new consumers of sport.

Deloitte contrast this figure as a marked contrast to the UK, where it is estimated that only 1% of corporate investment in sport through sponsorship is directed towards women’s sport.

Highlighting the progress Australia has made in developing attractive commercial offerings to brands, Deloitte suggests that as broadcast hours grown so will income, with Peter Corbett, Deloitte TMT Industry Leader for Consulting, saying the increase in audiences and broadcast reach coupled with the unique brand proposition, improved packaging and negotiation of sponsorship agreements will likely attract new and larger sponsors to women’s sport.

Corbett advises “the rapid increase in accessibility, broadcast hours and audience reach for women’s sport has not only grown the total sports content landscape but is bringing new consumers into the sporting fold - particularly women.

“This provides a valuable opportunity for brands to use sport as a meaningful way to engage with these segments through sport, particularly through the growing profile of female athletes as they increasingly become instantly recognisable, inspirational idols to Australians.”

The Predictions report, goes on to explain how the popularity of women’s sport has grown in recent years as both governments and private organisations have invested heavily in increasing the participation rates and the profile of women’s sporting content to a mass audience.

It suggests that “these foundations are beginning to pay dividends and women’s sporting teams, leagues and events are becoming attractive commercial properties as they professionalise further and generate substantial revenue through media rights, sponsorship and gameday ticketing.

“Australia is leading the way in this transition, outperforming global markets in its share of broadcast hours and sponsorship spend, alongside a number of successful professional league developments including the AFL Women’s (AFLW), Women’s Big Bash League and Netball’s Super League.”

In a chapter looking at how Australia is leading the field in women's sport, the unique brand positioning that comes with it, recent deals and why women’s sport is a sponsors’ paradise, Deloitte suggest that as current rights deals expire over the next four years, it expects to see up to three new major sports sign their first ever standalone deals in Australia with the aim of capitalising on current audience growth.