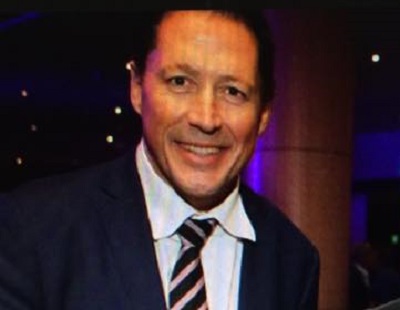 Former Wallaby, Phil Kearns - who had been in the running for Rugby Australia Chief Executive’s role prior to Raelene Castle’s appointment in 2017 – has been announced as Executive Director, Rugby World Cup 2027 Bid.

Kearns, who played 67 Tests for Australia, will lead the Rugby World Cup Bid team in engaging with Federal, State and Local Government as well as international stakeholders including World Rugby Member Unions and will be a conduit for the Rugby World Cup 2027 Bid Advisory Board.

Kearns has held previous posts as Chief Executive of Centric Wealth as well as Managing Director at InterRISK Australia while he also serves as Board Director for AVJennings, Venues NSW and Coolabah Capital.

Following 12 years on the board of the Childhood Cancer Institute Australia, Kearns is now Patron of the Zero Childhood Cancer campaign alongside Professor Dame Marie Bashir AD CVO and David Gonski AC. The former Wallaby hooker also started the ‘Balmoral Burn’ in 2001, which has since raised more than $30 million to buy equipment for Children’s Hospitals around Australia.

Rugby Australia Chairman, Hamish McLennan - who announced Kearns’ appointment - advised “Phil has an impeccable international reputation both in the corporate sector and with his network of contacts throughout the rugby world.

“Phil will be front and centre of Rugby World Cup bid team and will lead our international relations to put Rugby Australia in the strongest possible position to win the right to host the 2027 showpiece.

“As part of his role, Phil will be spend time overseas to be a key contact with the World Rugby Member Unions, to showcase our bid and to highlight why we would be a tremendous host in 2027.”

Rugby World Cup 2027 Bid Advisory Board Chairman, Sir Rod Eddington notes “I’m really pleased to welcome Phil to the bid team and know his experience will prove invaluable as we prepare over the coming months.

“Phil has proven himself to be a high profile Rugby leader and coupled with his history in game, will be instrumental for Rugby Australia’s bid.”

Commenting on his appointment Kearns advised “I’m very proud to accept the role and want to thank Hamish and Sir Rod for their consideration as we prepare our bid to host the Rugby World Cup in Australia in 2027.

“I know what it takes to win a World Cup on the field in Wallaby Gold and now I’m enormously excited to put in the work to win the right to host a World Cup here in Australia.

“The World Cup in 2027 would be transformational for the game in this country. The financial windfall it would bring would spark the Australian economy as we rebuild from the impact of COVID-19 and then gives us the opportunity to invest back into the grassroots of the game.”

Kearns will start in his new role on 7th September and will report to McLennan as well as Bid Advisory Board Chairman Sir Rod Eddington.

Rugby World Cup 2019 created 46,000 jobs and proved to be the most economically successful Rugby World Cup ever. The event attracted more than 240,000 international visitors to Japan and generated over $7.5 billion in economic output.