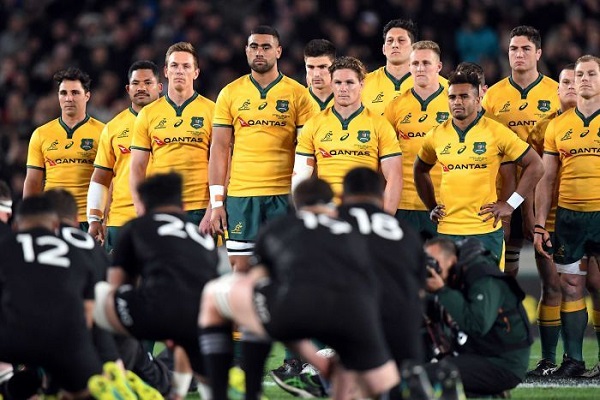 In a move described as a “huge blow for Rugby Australia”, Qantas has advised that it is to end its 30-year sponsorship with the code and the Wallabies.

Looking to achieve significant financial savings following the collapse of its income streams as a result of Coronavirus, the airline is pulling back from its cash sponsorship deals across sport - that also include cricket, football, Olympic and Paralympic sport.

The cessation of the sponsorship leaves Rugby Australia without a major sponsor at a time when it faces huge financial challenges which existed prior to the impact of Coronavirus.

In a statement released today, Qantas Chief Customer Officer, Stephanie Tully explained the airline’s decision, saying “while we're dealing with this crisis and its aftermath, the cash cost of our sponsorships has to be zero.”

Advising that the airline said it had examined how it could continue its association with existing partners using in-kind support including commercial flights and support with marketing, Tully added “regrettably, Qantas is not in a position to continue its 30-year relationship with Rugby Australia beyond the end of this calendar year.

"Qantas has had a very long association with Rugby Australia and the Wallabies, and we've stuck with each other during difficult times.

"Unfortunately, this pandemic has been the undoing. Like all Australians, we'll continue to cheer them on from the sidelines."

However, last month the airline announced a $2 billion loss, driven mostly by the cost of making workers redundant due to the Coronavirus pandemic and sweeping write-downs of the value of its fleet of planes, which are largely grounded.

Commenting on the ending of the partnership, Rugby Australia interim Chief Executive Rob Clarke said losing Qantas as a partner was “disappointing” but “understandable”, given the current economic climate.

Clarke noted “there aren’t many 30-year partnerships in Australian sport, and I want to thank Qantas for everything they have done for our great game.”

Tully went on to emphasise that the Coronavirus pandemic had been “the undoing” of the partnership, which will expire at the end of this year, rather than controversy relating to homophobic social media posts made by former Wallaby Israel Folau last year.

At the time, Qantas Chief Executive Alan Joyce spoke out against the opinions that Folau expressed and that sponsorship deals were “supposed to be a positive”.

Tully added “in an environment where thousands of our people have lost jobs and thousands more are stood down while they wait for flying to restart, we can’t maintain these sponsorships in the way we have in the past

Its statement said it will continue these associations for the next 12 months before another review.

Images show Qantas' logo on the Wallabies jerseys, for whom it has been the official naming rights partner since 2004.