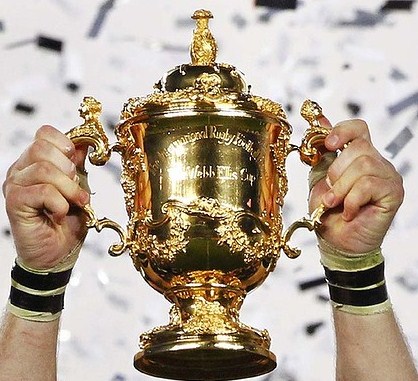 The Federal Government is to commit an extra $8.8 million to help Australia secure the right to host the 2027 Rugby World Cup.

Justifying the expense, Federal Tourism Minister Simon Birmingham yesterday claimed that hosting the tournament will attract more than 200,000 international visitors and generate an estimated $2.2 billion, commenting “events of this magnitude have huge flow-on effects through the entire economy.

“While we are not in a position to welcome international visitors right now, any inroads we can make to secure large events that will bring more tourists to Australia will be critical to the overall rebound of our tourism industry.”

The last time Australia hosted the Rugby World Cup was in 2003, with the hosts losing to England in the final at Sydney’s ANZ Stadium.

Suggesting that hosting the tournament would help lift the gloom of Coronavirus, Federal Sports Minister Richard Colbeck noted “it’s been a challenging time for the Australian sporting community, with the rescheduling of the Tokyo 2020 Olympic and Paralympic Games to 2021, and a number of other high-profile sporting events cancelled or postponed.

“A successful bid will bolster the community spirit and significantly contribute to the country’s long-term recovery from COVID-19.”

Kearns - who won two World Cups as a player - is leading the bid and welcomed the Federal Government’s commitment, stating “fundamentally it gives us the confidence to go ahead with the bid.

Rugby Australia Chairman, Hamish McLennan added “this is a once-in-a-generation opportunity for our country and we have already made significant headway in laying the foundations for a successful bid.

“We look forward to working closely with the Australian Government over the coming months to present a compelling bid that will deliver significant economic benefit to Australia.”

The 2019 showpiece in Japan was the most economically successful Rugby World Cup ever, with over $7.5 billion generated in economic output and attracting more than 240,000 international visitors.