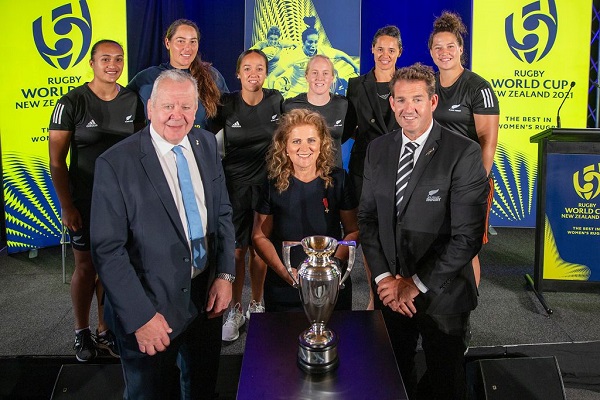 With just over 18 months until the tournament commences, World Rugby and New Zealand Rugby have confirmed the tournament dates and venues that will host matches during the country’s staging of the 2021 Rugby World Cup.

Being held in the southern hemisphere for the first time, the women’s event will be held at Waitakere Stadium in Henderson and Whangarei’s Northland Events Centre with the final to be held at Auckland’s Eden Park.

World Rugby announced last year that it would be dropping the gender prefix from its women’s tournaments to ensure that all of its competitions have an equal billing from a brand perspective. The 2021 women’s World Cup will be the first tournament under the new model and will be known simply as Rugby World Cup 2021.

The tournament gets underway with pool matches at Waitakere Stadium and Northland Events Centre on 18th September 2021. The two venues will then host two more days of pool matches as well as the quarter-finals on 3rd October, before Eden Park stages the semi-finals on 9th October and the bronze match and final on 16th October.

Next year’s event will mark the first edition of the women’s tournament to be held in the southern hemisphere.

Today also saw the unveiling of the tournament brand, developed by World Rugby and New Zealand Rugby in close consultation with local cultural advisors. The RWC 2021 brand aims to convey the vitality and connectivity of the ocean’s waters at its heart and features the ‘Ngaru’ - a symbol of the ocean’s waves that surround New Zealand and the many shores that teams will travel from to compete in this ground-breaking tournament.

World Rugby Chairman, Bill Beaumont stated “women’s rugby is the single-biggest opportunity to grow the global game, and we are confident that New Zealand 2021 will be one of the great Rugby World Cups, attracting a new fan and player base for the sport.

“RWC 2021 follows a hugely successful 2017 event in Ireland which broke attendance and broadcast records, having a hugely positive impact on women’s rugby. Last year we successfully launched ‘Try and Stop Us’, a campaign that aims to drive increased participation and engagement among fans, audiences, players and investors in the women’s game.”

Eden Park was last month confirmed as one of the host venues for the Women’s Cricket World Cup, which New Zealand will also stage in 2021.

The draw for the tournament will take place later this year.