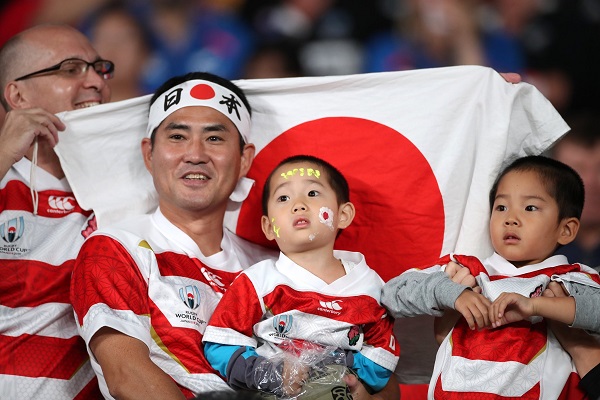 Despite initial fears over early broadcast times in the northern hemisphere and criticism of the tournament being held in Japan, online search statistics gathered during the Rugby World Cup 2019 show that global fan interest in the ninth edition of the competition grew dramatically for the first time in over 12 years.

According to figures analysed by AccuraCast, the UK’s leading sports digital marketing agency, worldwide interest in this year’s event rose by 33% to reverse the downward trend of the past three tournaments where search levels had steadily declined 2.67% year on year.

The greatest upsurge in interest came from Japan (86%), the first Asian country to host the competition, boosted by the Japan team playing their way into the last eight. The second biggest spike was from fellow quarter-finalists France (43%), followed by the eventual winners South Africa (42%).

“Whilst it’s great to see new interest from countries who aren’t historically big in rugby, it’s important to understand that the surge in digital engagement largely stems from renewed interest within countries who have typically followed the sport.

“England's fantastic performance along with the worldwide increase in engagement presents some strong future opportunities right now for brands in the rugby marketplace. Furthermore, to anticipate the interest to rise again in the months surrounding the France 2023 tournament would be a justified prediction.”

On a wider basis, this year’s Rugby World Cup was a record-breaking one from a digital perspective. World Rugby, the world governing body for the sport of rugby union and organisers of the World Cup outlined a plan to reach new audiences on social media, primarily through TikTok which ended the tournament with over 185,000 followers.

The #RugbyFever hashtag challenge, also initiated by World Rugby was used over 25 million times in the first seven days.

Meanwhile, the Japan 2019 tournament finished with a gigantic 1.7 billion digital video views, more than four times as many as last time around.

For more information go to www.accuracast.com