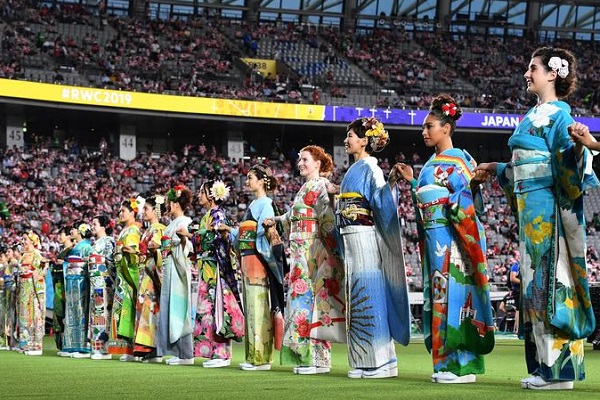 A glittering Opening Ceremony at a packed Tokyo Stadium has marked the opening of the ninth Rugby World Cup, with Japanese Prime Minister Shinzo Abe confident it will be the best-ever tournament.

Teams have been welcomed up and down the nation with a predicted travelling supporter-base of more than 40,000, and Abe told World Rugby Chairman Sir Bill Beaumont that rugby fever is set to sweep the nation.

During a special meeting at the Prime Minister's residence, the pair discussed matters relating to the staging of Asia's first Rugby World Cup, including legacy, host city engagement and Japan's love of major events.

Prime Minister Abe advised "I am excited about Rugby World Cup and welcoming the world's best teams and people from all over the world.

"The iconic Webb Ellis Cup is a symbol of strength, hard work and courage and I appreciate the hard work of many people who have made this possible. I am sure that we can work together to make a very special occasion, the best tournament."

Sir Bill, who toured Japan with England in the early 1980s, praised the preparation and urged Japan to embrace the opportunity of a six-week global spotlight.

He advised "I would like to thank you Prime Minister Abe, your Government, the host cities and the people of Japan for your full and enthusiastic support of our tournament.

"The welcome the teams have received so far across the country has been phenomenal - they are telling us they have never seen anything like it.

"From the host cities, volunteers and public, everyone is keen and showing their full support, which is fantastic.

"We want you to take full advantage of this incredible opportunity to host one of the world's biggest and best-loved major sports events.

"From record nationwide economic impact to a global tourism, trade and event host shop window, this is Japan's moment to shine on the world stage.

"The support that your government and local Governments have provided is greatly appreciated.

"We know that the rugby flame has been lit, that interest is phenomenal and that more young people in Japan are getting into rugby than every before.

"I urge you to help us maintain that momentum through continued sustainable participation programmes.

"The waiting is over.

"Over the next two months, the world will see the very best of Japanese culture and hospitality and the very best of rugby as we anticipate what promises to be a very compelling and competitive Rugby World Cup, the most transformational and, we hope, the best yet." 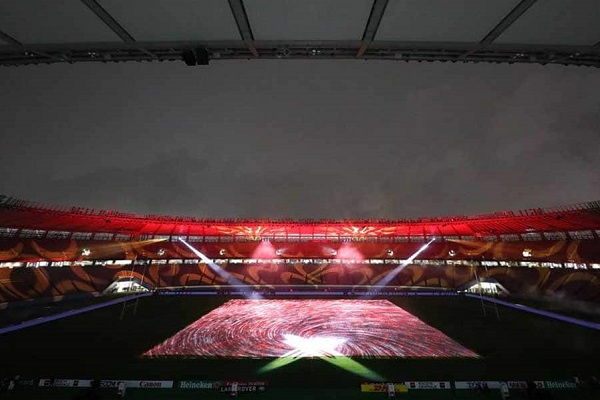 With Tokyo set to host two of the world's biggest sporting events - the Rugby World Cup and the 2020 Summer Olympics - tourism in the country is expected to continue its massive growth.

Annual foreign visitor arrivals to Japan trebled in the years from 2013 to 2018 to over 31 million, with around 10 million stopping in Tokyo.

However, unlike other destinations in Japan that are visibly struggling to cope with the influx, Tokyo, thanks to its size and a series of measures to prepare for the deluge, has so far been able to absorb them.

The Rugby World Cup is expected to attract more than 600,000 international rugby fans over its six week duration with around one third of tickets to the matches in 12 Japanese cities being sold to overseas visitors.

Most of those will be from rugby heartlands - Australia, New Zealand the British Isles, France and South Africa - with the organisers promising that all the basics for an exciting and welcoming experience are in place, with 13,000 volunteers, many with English-language skills, on hand on match days.

Japan experienced a successful start to the tournament, beating Russia 30-10.