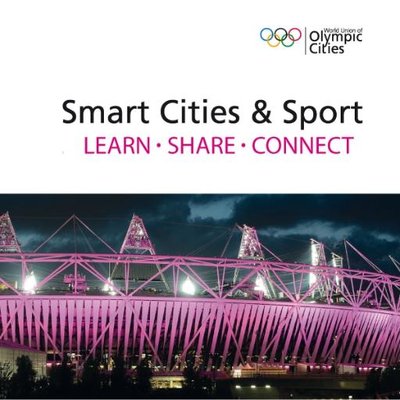 The Japanese capital of Tokyo has been confirmed as the host of the sixth edition of the Smart Cities and Sport Summit next year.

The 2019 Summit has been billed as being aimed at targeting representatives from cities and regions across the world who are willing to develop strategies that connect sport and cities.

It is organised by the World Union of Olympic Cities, which seeks to enhance the legacy of former and future hosts of the Olympic Games.

A total of 40 cities are members of the union, including next year’s host city Tokyo.

Takahiro Waku, Director of International Relations at the Japan Sport Council, expressed his hope that next year’s event would help connect cities to counterparts in Japan, as well as boosting shared knowledge.

“I really understand that Smart Cities & Sport Summit can be a very valuable platform for cities around the world to activate development through sport,” he said.

“We are happy and honoured that the next summit will be held in Tokyo.

“I hope the next summit in Tokyo will be a valuable opportunity to connect you with Japanese cities and to share knowledge for using sport to be smarter cities.

“We are very much looking forward to developing the Summit for when we see you in Tokyo.”

The Summit has been scheduled to take place in the Japanese capital city from November 12 to 14 next year.

Tokyo’s hosting of the Summit comes as the city continues to prepare to stage the 2020 Olympic and Paralympic Games.

Tokyo is also set to host the Association of National Olympic Committees General Assembly next month as the Games draw closer.