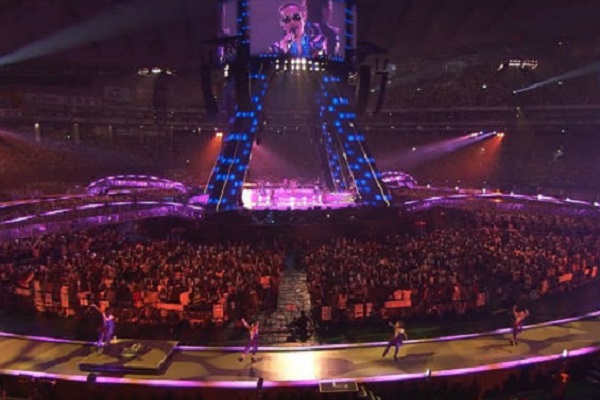 The Japan Top League Alliance (JTL) and All Japan Concert and Live Entertainment Promoters Conference (ACPC) have joined forces to form a new organisation designed to enhance the use of stadia and arenas in the country.

Set to begin operations later this month, the Entertainment Committee for Stadium・Arena (ECSA), combines the functions of JTL - established in 2005 and currently consists of 12 leagues across nine sports - and ACPC - founded in 1988 as a grouping of promoters who organise music concerts and other entertainment events.

JTL’s aims to help league enhance their activities and to strengthen the administration of these sports while ACPC currently has 68 members and 102 associate members.

As it prepares to stage this year’s Rugby World Cup and the 2020 summer Olympic and Paralympic Games, Japan has been undertaking major stadium and arena development in recent years

Venue legacy continues to be a hot topic for major event hosts and the Tokyo Organising Committee of the Olympic and Paralympic Games (Tokyo 2020) last month revealed its venue capacity plans for next year’s event.

The capital’s New National Stadium, the centrepiece of the Games for athletics, football and the opening and closing ceremonies, has had its capacity set at 68,000. Ajinomoto Stadium, which will host football and rugby sevens, has been listed at 48,000, while the Tokyo Aquatics Center will have a capacity of 15,000.

A statement released by ACPC advises “with the increase of worldwide sporting events including Tokyo Olympic and Paralympic Games, not only are event styles or content at venues becoming more diverse, but also audiences have an expectation that stadia/arenas, which are common facilities for both sports and music, will improve in terms of effective use.

“By accumulating mutual know-how regarding construction and management of stadia/arenas, ECSA considers and proposes facilities loved by local communities, revitalising content values and local economies, and thus contributing to the improvement of the nation’s quality of life.”

When the now organisation begins operations, Saburo Kawabuchi of the JTL will serve as President, with Takeo Nakanishi of the ACPC appointed as Vice-President.