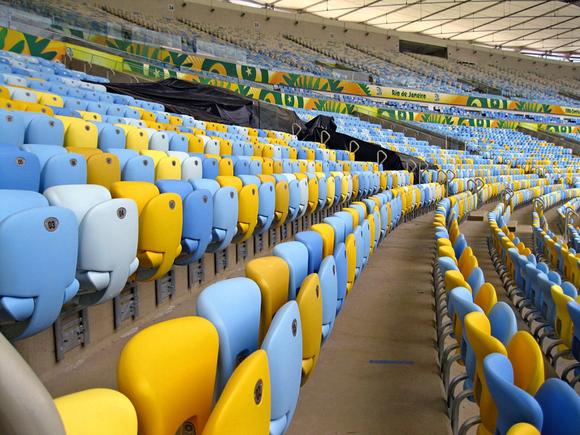 Kotobuki Seating, the Tokyo-based manufacturer of public venue seating, is looking to expand its competitiveness and secure lucrative international stadium seating contracts with the acquisition of Singapore’s Ferco Seating Systems.

In a deal believed to be worth about 500 million yen (US$4.82 million), Kotobuki Seating is to make a Ferco a wholly owned subsidiary business.

Ferco has a track record of delivering seats for sports stadiums, including Rio de Janeiro’s Maracana Stadium, Brazil’s iconic football stadium and the the venue for the 2016 Olympics opening and closing ceremonies.

Kotobuki wants to increase its chances of winning such contracts at home, particularly in supplying venues for the 2020 Tokyo Olympics -- including the National Stadium in Tokyo.

Kotobuki's Ferco acquisition is also the latest in a series of overseas deals dating back to the 1980s, with Kotobuki currently having USA-based Interkal, United Kingdom-based Audience Systems and French company Quinette Gallay Renaissance in its stable.

Ferco was established in 1983 by British national Tim Barr, who currently serves as its Chief Executive and sales totalling 1.8 billion yen in 2014/15.

In addition to general spectator seating it also produces electric reclining seats and leather seats with footrests for luxury sections of cinemas.

In addition to Maracana Stadium, Ferco has supplied seats to Allianz Arena, Munich, Germany, home of Bayern Munich, and the London Aquatics Centre, where swimmers competed during the 2012 London Olympics.

Kotobuki aims to win major contracts in partnership with Ferco and other overseas subsidiaries, which offer different designs and price ranges.

The Japanese company plans to maintain Ferco's brand and unique designs with both company’s working together on matters such as improving the strength, cushioning and heat retention of seats.