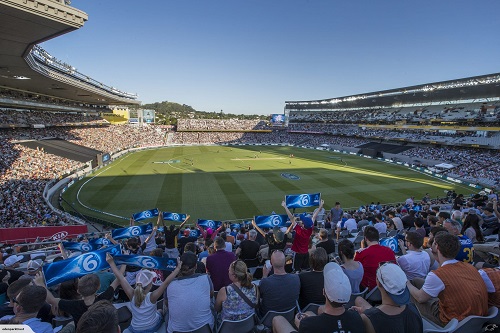 Following the delivery of several successful World Cup events, Auckland's Eden Park is set to host the ICC Women’s Cricket World Cup next year as part of its commitment to women in sport.

The 2021 tournament will be hosted across New Zealand with Eden Park Chief Executive Nick Sautner saying this focus on further promoting women’s sport demonstrates a step change in trends and consumption.

Sautner advised “Prime Minister Jacinda Ardern visited our stadium in 2018 to share her Government’s strategy on supporting women and girls in sport. It’s clear that Aotearoa is home to some exceptional athletes and New Zealand’s national stadium is committed to playing its part in providing a platform for all women to perform.”

Auckland Mayor Phil Goff considers hosting the ICC Women’s Cricket World Cup in Auckland to be an opportunity to showcase the city as a premier international sporting destination noting “the massive events series planned for 2021 will put Auckland in the global spotlight.

“It’s fantastic to be hosting the ICC Women’s Cricket World Cup at Eden Park, in a year that will also see the America’s Cup, Te Matatini, Rugby World Cup 2021 and the Men’s Softball World Championships held in Auckland.”

New Zealand Cricket Chief Executive David White advises the World Cup would be a significant milestone in the ongoing transformation of women’s cricket in the host nation and beyond adding “this will be a spectacular event that will help further engage, and grow, an appreciative new audience for the game. We’re looking forward to showcasing the best of our sport and our country to the rest of the world.”

ICC Women’s Cricket World Cup Chief Executive Officer Andrea Nelson is thrilled to have locked in Eden Park for the opening weekend and "looks forward to seeing everyone there to kick off this momentous event.”

Eden Park is focussed on working with partners to explore options to upgrade its facilities, including the changing rooms, to be fit for purpose and gender appropriate at women’s fixtures.

Sautner wants to ensure “that all athletes are provided with world-class facilities and feel comfortable in all aspects of the stadium’s design, achieving equality. It’s our desire to host more and more women’s games and come together to support all sport.”

In September 2018, in line with Suffrage 125, Eden Park commissioned a local artist to create a mural to illustrate the successes of some of their most renowned sportswomen. Leaders in New Zealand’s female sporting history were included such as Yvette Williams (Track and field), Suzie Bates (Cricket and basketball), Farah Palmer (Rugby), Fiao’o Fa’amausili (Rugby), Ruia Morrison (Tennis), Dame Valerie Adams (Shot put) and Lisa Carrington (Kayaking).

2021 is set to be a blockbuster year for Auckland with the 36th America's Cup, while Eden Park hosts events such as Te Matatini; the festival of Kapa Haka, the ICC Women’s Cricket World Cup 2021, Rugby World Cup 2021 and further events yet to be announced.