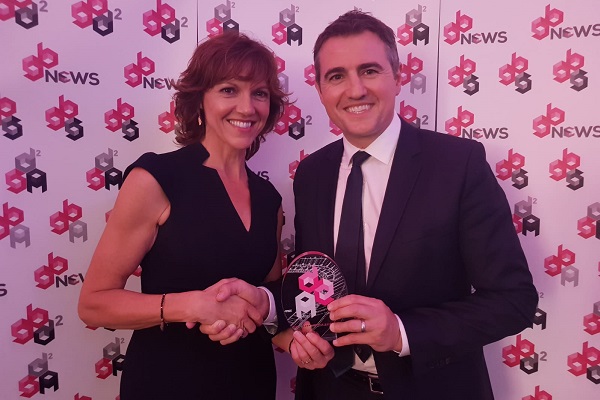 Nick Sautner, Chief Executive of Auckland’s Eden Park has been named Executive of the Year accolade at TheStadiumBusiness Awards presented this week in the United Kingdom.

Sautner was in Manchester to receive the international award after addressing the linked TheStadiumBusiness Summit on his experience leading New Zealand’s largest stadium.

The prestigious achievement acknowledges the industry excellence of stadium executives leading facilities globally and Sautner was competing against a high calibre of individuals from across the world.

Doug McKay, Chairman of the Eden Park Trust Board, is thrilled to celebrate the well-deserved win for Sautner who was one of six contenders in the category for the sports venue leader, pioneer or visionary that has over-delivered in the past 12 months.

McKay stated “this award reflects not only Nick’s relentless attitude towards making the stadium a better place for our community but also the reverence in which Eden Park is held overseas. Nick continues to drive a vision that our Board wholly supports, is constantly proactive in his strategy and thrives from strengthening our revenue base to ensure our business gets ahead. ‘Passion’ is not a big enough word to encapsulate his attitude towards our Park.” 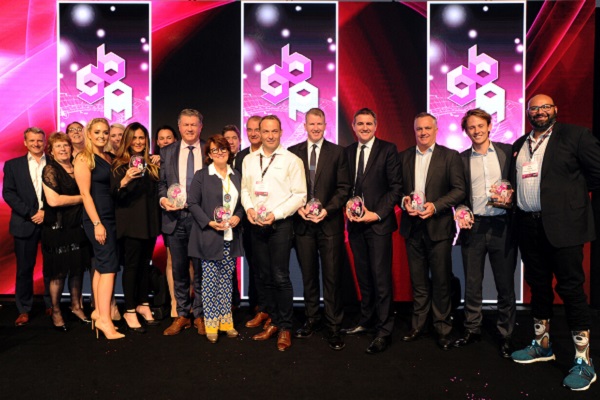 Sautner says that to be acknowledged among leaders from venues in Kentucky, Washington and Georgia in the United States as well as Wolverhampton, Scotland and Germany in Europe, is a real honour.

He stated “being recognised alongside leading professionals on the world stage is humbling but also reaffirms the innovation and creativity our team is delivering in New Zealand at Eden Park.”

Over the past three years Sautner has led transformational change at New Zealand’s national stadium to modernise its operations whilst securing additional content through non-sporting and community-based events.

He added “I’m elated that Eden Park’s contribution helps to put our country in the spotlight. The stadium creates significant economic benefit and remains a strategic asset for Aotearoa and a community asset for the city.”

Sautner has 18 years’ experience in the sports and entertainment industry which has included roles at the now Marvel Stadium in Melbourne, Domain (Subiaco) Stadium in Perth and the West Australian Football Commission.

He has instigated a continual focus on fostering innovation which has seen the procurement of numerous major sport, entertainment, religious and cultural events and initiatives on both sides of the Tasman.

Eden Park looks forward to continuing conversations and collaborating with neighbours, business associations and the local board given the stadium’s city fringe location in a semi-residential area.

Images: Nick Sautner with TheStadiumBusiness Awards judge Caroline McEleney this week (top) and Sautner with representatives on the 11 award winners (below).