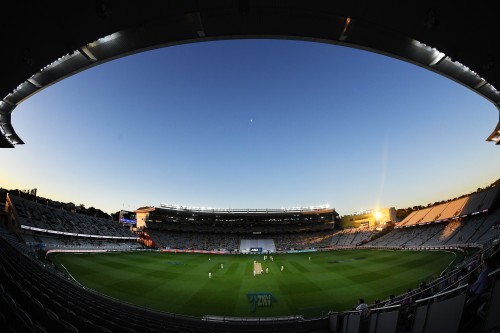 Auckland's Spark Arena has been named Supreme Venue of the Year Award and Nelita Byrne of New Plymouth Event Venues has been acknowledged as Supreme Person of the Year Award - the top categories - at the 2018 Entertainment Venues Association of New Zealand (EVANZ) annual awards.

Presented at EVANZ's annual awards dinner, at Auckland's Eden Park, on Tuesday 27th November, in conjunction with the EVANZ Annual Conference, the Awards were presented in nine categories with finalists drawn from across New Zealand including Auckland, Hamilton, Taranaki, Porirua, Carterton, Wellington and Nelson.

Judging was undertaken by a panel assembled from leading entertainment and events organisations and EVANZ Executive members.

This year the Contribution to Industry Award, recognising dedication and success within the industry, went to Miles Davidson who recently retired as General Manager of EVANZ after 15 years. 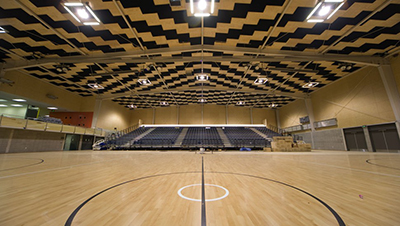 In the final section of the awards, the People category, Stacey Donaldson of Auckland Live won the Rising Star award, Ben Slatter from Hamilton’s H3 won Operations Manager of the Year, and Nelita Byrne from New Plymouth Event Venues took out the Venue Executive of the Year and Supreme Venue Person of the Year awards.

The EVANZ Award Finalists and Recipients for 2018 are:

Health Promotion Agency Excellence in Host Responsibility Award
Winner: Eden Park, Auckland (pictured top)
Judges’ comments:
The judges loved the fact that Eden Park is working in partnership with local bars and businesses to minimise risk not just in the venue but in the wider local community. Eden Park is truly a stadium leading the way in host responsibility.

EVANZ Best Industry Supplier Award
Winner: Platform 4 Group
Judges’ comments:
The decision was a close one, but the deciding factor was that P4G takes the next step in dedicated education for their clients with knowledge obtained from industry forums.
P4G’s ‘end client’ mentality shows in the feedback received from event attendees. Their security teams seem to understand that it is not just a relationship between them and the venue, but also those attending the events. P4G shows real flexibility and the ability to adapt to the needs of their clients. 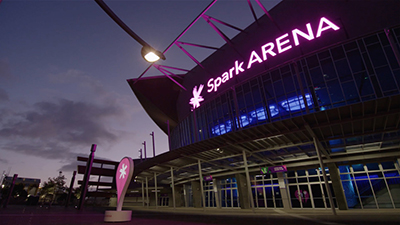 Eventfinda Large Venue of the Year Award (Over 5,000 Seats)
Winner: Spark Arena, Auckland
Judges’ comments:
In conjunction with a busy calendar of events, the Arena and Spark rolled out a number of customer focused initiatives as part of the partnership, as well as leading the industry in sustainability.

Sidekicker Medium Venue of the Year (1,001 to 4,999 Seats)
Winner: Te Rauparaha Arena, Porirua
Judges’ comments:
Our medium size venues serve an important part of our regional footprint and we commend our finalists for the work they are doing within their venues and communities. Te Rauparaha has more than exceeded both income and visitor target numbers consistently and has proven its value to the community and the citywide economy.

Ticketmaster Small Venue of The Year (less than 1,000 Seats)
Winner: ASB Waterfront Theatre
Judges’ comments:
It was fantastic to see a wide range of venues submit entries into this category and some new nominations this year from very different venues and resources. Although only recently celebrating its second birthday, ASB Waterfront Theatre is performing strongly across both the performing arts and meetings/corporate markets and delivering exceptional service to customers.

Ticketek Venue Executive of the Year Award
Winner: Nelita Byrne, New Plymouth Event Venues, Taranaki
Judges’ comments:
A strong leader herself, Byrne is always looking for ways to provide development and leadership opportunities to her staff. She has led her team in consistently delivering outstanding results this year during a period of challenges, including the unexpected partial closure of Yarrow Stadium. Judges were impressed by her well-laid-out submission which provided excellent examples relating to the award criteria.

The winner of the Ticketek Venue Executive of the Year award receives complimentary registration to the Venue Management Association (VMA) Asia-Pacific Venue Industry Congress for 2019.

Simpson Grierson Operations Manager of the Year Award
Winner: Ben Slatter, H3 Group Hamilton
Judges’ comments:
With his cool and calm demeanour, strategic mind and passion for events, Slater is a rising star of both H3 and the event industry. He has a great motivation to improve the venue and events they deliver, as well as to make sure his team is able to have their own opportunity to grow within the organisation.

The winner of the Simpson Grierson Operations Manager of the Year award receives complimentary registration to the 2019 EVANZ Conference.

One of her most notable contributions was overseeing the rollout of a new event management software (Ungerboeck) in 2017. Donaldson understands first-hand the pressures on a client and can focus on their needs matching the operational requirements to ensure a positive outcome. She has a natural knack for making each client feel that nothing but their show matters.

The winner of the Ungerboeck Rising Star award receives a $5,000 scholarship to VMS - the Venue Management School in Australia. This scholarship covers years 1 and 2.

VIDCOM Supreme Venue of the Year Award (highest scoring nomination across the 3 venue awards - large, medium and small)
Winner: Spark Arena, Auckland
Judges’ comments:
Spark Arena is a shining example of a highly successful New Zealand venue. It continues to exceed the expectations of its stakeholders while engaging with the community and leading by example with sustainability initiatives. A world-class arena well on its way to achieving its goal of being the best Arena in Australasia and regarded as one of the leading venues in the world, Spark Arena is a deserving recipient of this award.

Byrne was EVANZ President for two years, stepping down at the 2017 conference. She has devoted a lot of time and energy into the development of the industry and is a truly worthy recipient of this award.