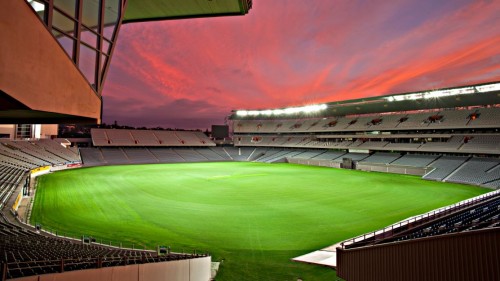 Auckland’s Eden Park has submitted a proposal to host up to six concerts per year as part of ongoing efforts to create new revenue streams, while New Zealand’s largest stadium has been given the green light to stage its first-ever Sunday night cricket match.

The move by the Eden Park Trust Board is also a means to avoid the current process whereby approval for a single concert can cost $100,000 and take up to 18 months to realise.

Trust Chairman Doug McKay told the Stuff.co.nz website that the application would be entered this month, but could take up to a year to receive approval.

Eden Park appears to be adopting a strategy that would give it the flexibility to host up to six concerts, and then look for events to fill these slots. The staging of music events is said to be vital part of securing the stadium’s future after Auckland Council in March approved a $63 million funding package for the venue consisting of $53.5 million of loans to address the stadium’s debt, and a $9.8 million grant for essential maintenance work over the next three years.

Commenting on the application, McKay stated “we have to get our concerts to get more financially independent, to be able to afford over and above what the council is giving us support for.

“There’s a lot to do at the Park, and we need a new source of revenue.”

Eden Park currently has a conditional right under Auckland’s Unitary Plan to stage up to six concerts per year, but each needs individual resource consent. Stuff said the prospect of more concerts at Eden Park has divided opinion, with former Prime Minister Helen Clark, who lives locally, a vocal opponent.

McKay added “we’re not asking for anything that we are not entitled to already in the Unitary Plan.

“Then, if successful, we’ll give the community the commitment as to the type and nature of acts we will try to attract.”

McKay said the application will initially be entered to Auckland Council, but he expects it to go before the Environment Court, which he described as “not a bad thing” if it happened, noting “I think a concert at Eden Park would be the best concert-goer experience you can have, two-thirds of the audience would be seated, there are the corporate boxes, it has easy access to transport – it would be a great experience for people.”

Earlier this week, it was announced that Eden Park will stage a rugby league-rugby union double-header next year after the city’s two franchises teamed up on a groundbreaking initiative.