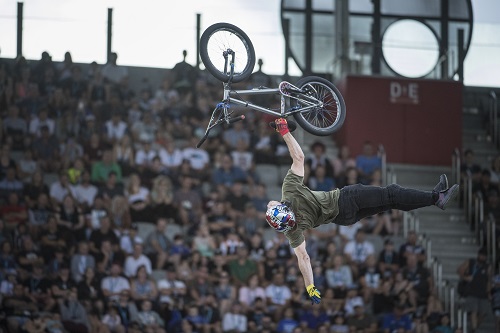 Forced to withdraw its application to host the LifePod Appeal concert, planned for Waitangi Day next year, Auckland venue Eden Park is changing gears to deliver Nitro Circus in 2019.

The global action sports entertainment product will return to Auckland for the first time since 2015 with an all new show, featuring athletes in FMX, BMX and skate, on brand new ramp technology.

Eden Park Chief Executive Nick Sautner is thrilled to be bringing the extreme sports event to the Park, stating “many Aucklanders are seeking new experiences that aren’t the traditional sports and entertainment events we usually see at stadiums in our international city.

“Some have never attended a rugby or cricket match at Eden Park and we look forward to hosting that new demographic, as well as our core fans.”

Nitro Circus President Andy Edwards says the event is a natural fit at New Zealand’s largest stadium, commenting “finally, we have been able to get our show into the number one stadium in New Zealand, Eden Park. We strongly believe this has the potential to be the biggest selling show in Nitro Circus New Zealand history, and hopefully we can put a Nitro stamp on a stadium that has a long and rich history of incredible sporting moments.”

Set to be one of the biggest shows in Nitro Circus history, the sports extravaganza is scheduled for 9th March.

Sautner says the event will illustrate Eden Park’s flexibility to host diverse stadium activities, adding “this is another opportunity for us to showcase our city, and country, on the international stage, support a new wave of sports entertainment, all whilst delivering significant economic benefits to the community.”

With the Eden Park Trust committed to making more use of the stadium for the benefit of the local and wider community, it last week withdred its application for the LifePod Appeal concert, planned for Waitangi Day 2019.

Auckland Council’s Unitary Plan provides for up to six concerts in a 12-month period at Eden Park as a “discretionary activity”.

However, discretionary activities require resource consent for each individual activity. This is the first time since the introduction of the Unitary Plan that The Eden Park Trust has tested the framework. It has become clear that it is impossible to practically give effect in a timely or affordable manner to these Unitary Plan provisions.