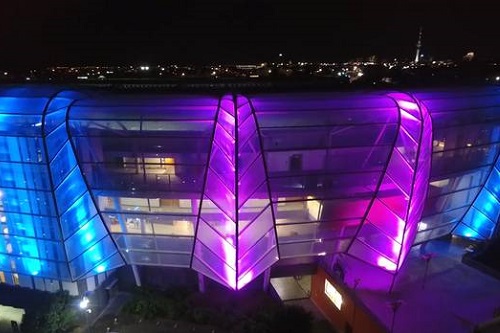 15th November 2015 - Venues across the world shine blue, white and red to show solidarity with France