ASB G9 returns to Eden Park for its second year 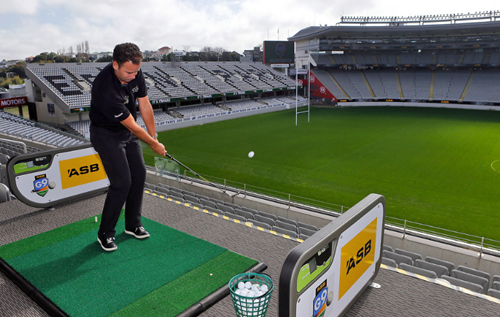 Auckland’s Eden Park has announced that its ASB G9 golf event will return for a second edition in November.

Following the success of the first ASB G9 golf event last year, Eden Park will again be converted into a nine-hole golf course as of early November, with up to 3,000 people to be given a chance to score a hole-in-one at the stadium.

Announcing the event, Eden Park Chief Executive Nick Sautner stated “we are absolutely committed to growing Eden Park’s event calendar to ensure we can continue to deliver a diverse range of events for the people of Auckland and New Zealand.

“One of the challenges for stadia around the globe is underutilisation and Eden Park is no different. We are modernising our operations and targeting new audiences who may have never experienced Eden Park previously.

“Eden Park is delighted to deliver this unique in-stadium golf experience for the second year, highlighting our commitment to innovation.” 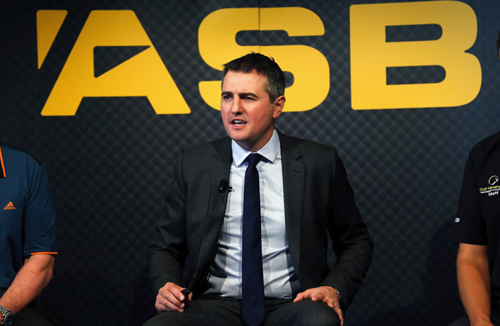 Running from 3rd to 10th November, the event will include a community day on Sunday 4th November and a specific Ladies Day on Saturday 10th November.

With four holes-in-one in 2017, 2018 players could win a share of $50,000 worth of prizes, including the coveted ASB G9 Yellow Jacket, which will be awarded to the child, individual adult and team winners.

Players will have the opportunity to tee off from nine different locations around Eden Park with a bonus Longest Putt competition in the home team changing room used by the All Blacks and BLACKCAPS.

Registered teams of four are given 90 minutes to make their way around the in-stadium course. Time-poor participants relished the accessibility of the stadium and the reduced duration of the activity.

The 2018 ASB G9 will see the addition of elements such as a golden ball, which will allow players to purchase an additional four balls in the Jameson Clubhouse prior to their round. These golden balls can be used out on the course at the player's discretion, giving them an opportunity to have a second shot on four of the course holes. A second shot will mean a second chance at a hole-in-one or a chance to improve their score.