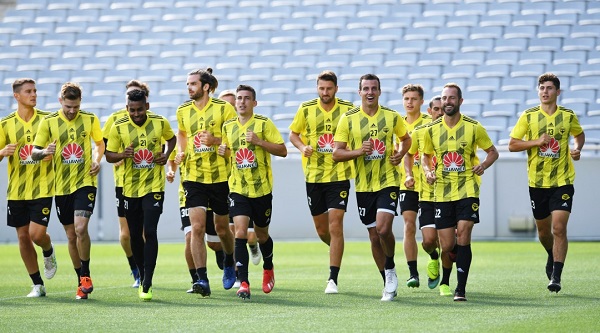 Auckland's Eden Park is set to show its versatility this weekend when it hosts three different codes through a 24-hour period.

This afternoon the Auckland Aces face the Central Stags in New Zealand's domestic first class cricket competition on the venue's Outer Oval then later the A-League's Wellington Phoenix face the Melbourne Victory on the main field.

Following this, Super Rugby's Blues will host the Crusaders tomorrow evening, also on the main feild.

All events this weekend are televised and with there likely to be a 30-minute crossover between today’s fixtures, the turf team will be split across both grounds to ensure they run smoothly.

Eden Park Chief Executive Nick Sautner says this swift turnaround between cricket, football and rugby is not typical of stadia scheduling and is only possible due to talented operations and turf teams.

Sautner advised “we are lucky enough to have a highly skilled turf team and diligent operations team who both promote can-do attitudes and carry vast knowledge between them. Eden Park is a proud New Zealand icon and over the next 1,440 minutes our teams will exceed our Game Plan which focusses on excelling in key areas such as customer service and attention to detail.

“We’re thrilled to see the Park being utilised around the clock to offer Aucklanders a jam-packed weekend of sport at our iconic stadium and showcase our first-class ability to turn around the venue quickly.”

Eden Park is committed to greater utilisation of the stadium and its facilities for the benefit of the local and wider community. Earlier this week, the stadium hosted the first of four food truck events, 4 The Hood, created by local neighbours for the local community. This successful event saw a range of specialty food offerings available alongside activations from Auckland Transport promoting kids learning to bike ride, appearances from both Blues and Phoenix players as well as music and painting.