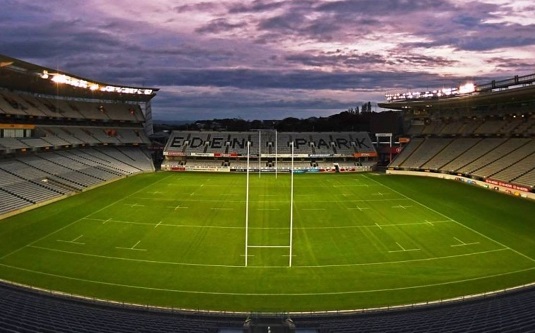 Auckland’s Eden Park stadium has promised a sporting ‘extravaganza’ after detailing plans to host an A-League football match and a Super Rugby fixture over the same weekend.

The double-header is planned for next February and will feature Wellington Phoenix vs Melbourne Victory in the A-League, before the Blues take on the Crusaders in the Super Rugby competition the following night.

Eden Park said the weekend has been planned to demonstrate the stadium’s vision to diversify and attract new events, while showcasing what the venue can achieve within a 24-hour turnaround.

Wellington Phoenix has played five matches at Eden Park in the past, most recently on 13th December 2014. The club is yet to lose at the 50,000-seat stadium.

Wellington Phoenix General Manager David Dome advised “as a club we are thrilled we can return to New Zealand’s most iconic sporting stadium. We have played at Eden Park on five previous occasions and are yet to lose. This Wellington team does not fear any team - we’ve already beaten a full-strength Victory in the pre-season and with a big Auckland crowd behind us, we know we can do it again.”

Eden Park Chief Executive Nick Sautner added “we’re pleased to have secured an opportunity to offer Aucklanders a jam-packed weekend of sport at our iconic Auckland stadium and showcase our first-class ability to turn around the venue quickly.

“The introduction of premier football in next year’s event calendar is testament to our desire to modernise and attract visitors from all across the city.”