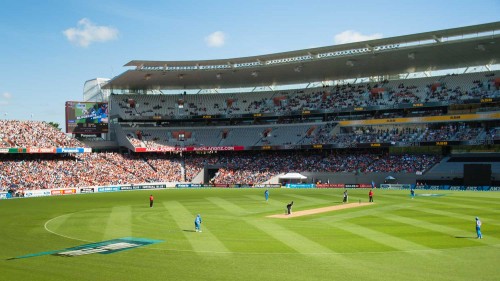 Eden Park's 2018 Annual Report shows that the Auckland venue is facing a series of ongoing challenges - incurring a net loss of $7.3 million in the last financial year, a failure of the Eden Park Trust to secure an extension on its a $40 million loan facility and the high cost of resource consent applications for changes each time it wants to host concerts and day/night one day cricket games.

Released last Thursday, the Annual Report revealed that the Eden Park Trust failed in a bid to extend a $40 million loan with bankers ASB because Auckland Council refused to further its guarantee of the credit.

In the report, Trust Chairman Doug McKay declared the unresolved status of the $40 million loan, which expires on 30th September this year, as the most "pressing issue" for the venue.

Auckland Council has guaranteed repayment of the loan and already has the debt on its books, anticipating it might have to pay the bank.

In May 2018, Auckland Council Chief Executive Stephen Town was given authority to negotiate with ASB to acquire the loan, "together with consideration for other financial support, designed to ensure that Eden Park can 'fill the void' until the matter of a new stadium is resolved."

Accountants EY were then tasked with preparing a report on Eden Park's financials.

Earlier  this month media advised that the report showed Eden Park could run up losses of nearly $80 million in the next decade.

In the annual report, McKay writes of Eden Park's June request for an extension, "in accordance with the terms of its loan agreement, in order to protect its position should the council not acquire the loan as proposed".

The Annual Report also shows that Eden Park has to spend tens of thousands of dollars to get around planning rules each time it wants to host concerts and day/night one day cricket games.

In one example, the venue spent $60,000 just to add an hour of play to 2018's day/night test between the Black Caps and England.

This summer, Eden Park is only hosting two T20s, with McKay saying it did not make financial sense for the ground to try and attract more day/night games.

McKay told New Zealand media outlet Stuff “we were very keen to host a one-dayer, even a couple, with India, but the Indian broadcasting situation meant we would have to run the game longer than our resource consent allows and it just doesn't make sense for us to go through a $60,000 process to try and get another hour and a half on a game.

Eden Park is allowed to host 25 events each year, including six concerts.

McKay pointed to what he saw as a lack of financial support from Auckland Council, adding the five Council-owned grounds got $27 million in operating grants and $44 million in capital expenditure last year.

He added “(it would help) if we could have some financial support from the Council (as) we deliver $25 million of economic benefit every time we have a big event here at Eden Park."