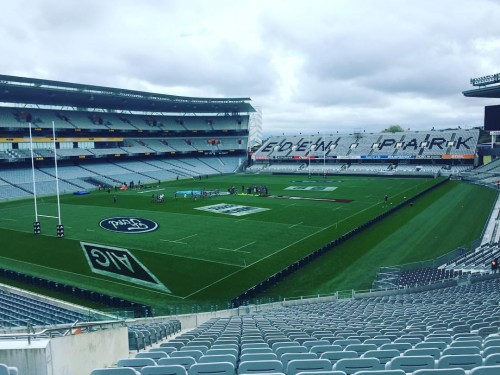 New Zealand's largest stadium, Eden Park, could run up losses of nearly $80 million and be unable to afford an estimated $62 million of maintenance and upgrades in the next decade according to media reports.

An assessment by consultants Ernst and Young, obtained by Stuff, said the Eden Park Trust board probably wouldn't be able to pay even the interest bill on its almost $50 million of loans in 2019 and the future hosting of major events could be at risk.

The assessment was commissioned by Auckland Council, which runs rival venue and which has apparently been considering whether to bail out the venue that hosted the 2011 Rugby World Cup final.

The Council guarantees the repayment of Eden Park's $40 million loan from ASB Bank, which is due to expire in October and which the Trust apparently has no means to pay.

The report suggests a series of factors will impact Eden Park in the immediate future with a big cut in major sporting events being held at the venue.

In 2019, the stadium will host only one All Blacks test instead of two due to the Rugby World Cup in Japan, losing an estimated $1.4 million in revenue, while only two cricket internationals are being hosted instead of the usual four, and there will be one fewer Super Rugby match.

The report also suggests that the venue is facing a decline in revenue from other sources.

The report said Eden Park management thought up to eight of 18 corporate suites may not be renewed after leases expired last October, with revenue forecast to fall to $3.6 million in 2019 from $4.3 million two years ago.

Membership numbers are also predicted to see a fall in revenue of $1.2 million over two years.

The cumulative effect is the stadium's revenue falling 14.7% next year to $14.1 million – 62% lower than two years earlier.

The reduced cash flow is expected to impact maintenance such as replacing the turf at Eden Park, floodlighting and big video screens.

The Ernst and Young assessment advised “should major capital expenditure projects remain unfunded, it may result in an inability for Eden Park to host major events.”

Floodlighting at the venue failed during testing prior to a day/night cricket match last March, and Ernst and Young said management believed failure could recur without replacement, costing $5.6 million.

Ernst and Young also said that the 15-year-old turf should be replaced every seven years, with an estimated bill of $1.5 million.

Eden Park management has been increasingly entrepreneurial over recent years with a range of initiatives including a nine-hole golf tournament, haka experience tour and a growing program of non-sporting events. However, plans for concerts, including a charity concert originally scheduled for this year have been prevented by planning delays and opposition from some local residents.

Click here to view the original report in Stuff.