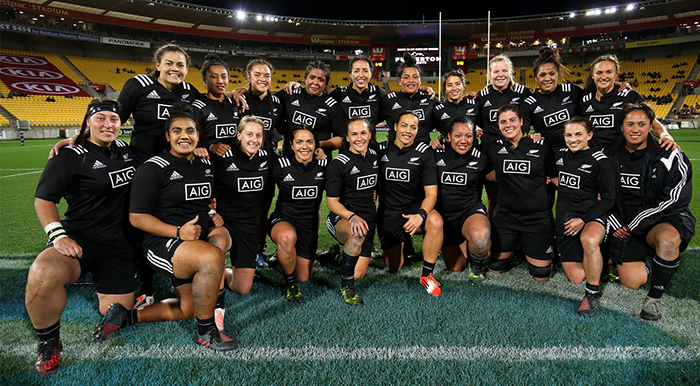 New Zealand has beaten Australia in the bidding to host the ninth Women’s Rugby World Cup (WRWC) in 2021.

This will mark the first time the six-week competition will be held in the Southern Hemisphere and will be played at three different stadiums across the North Island.

Over 45,000 people attended the 2017 tournament in Ireland, which also generated 45 million views across official tournament platforms and World Rugby Chairman, Bill Beaumont, says with an increase in participation and popularity, the 2021 World Cup is expected to be a whole lot bigger.

Beaumont advised “women’s rugby continues to grow with over 2.4 million women and girls playing rugby at all levels, accounting for more than a quarter of players globally.

“With the Women’s Rugby World Cup attracting record crowds and broadcast audiences in each of the last three tournaments – Ireland 2017, France 2014 and England 2010 – I am in no doubt that the 2021 tournament, the first to be held in the Southern Hemisphere, will continue this record-breaking trend.”

Welcoming the decision, New Zealand Rugby board member and former Black Fern, Farah Palmer stated “we are honoured and excited to be awarded the WRWC 2021 and look forward to delivering the first Women’s Rugby World Cup tournament in the Southern Hemisphere.

“We are looking forward to working together to deliver a world-class tournament for players, officials, fans, commercial partners and spectators watching around the world.”

The Black Ferns defeated England 41-32 in a final at the Kingspan Stadium in Belfast to seal their fifth world title.