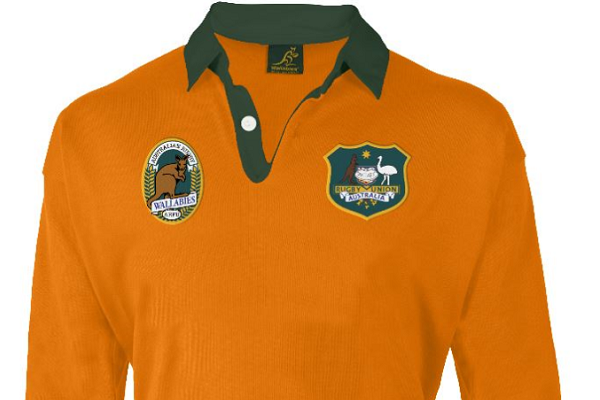 The Wallabies jersey will revert to its golden colour worn during the 1991 Rugby World Cup winners following a vote by Rugby Australia stakeholders.

Rugby Australia Chairman Hamish McLennan cast the deciding vote last night following a gathering of Wallabies greats and key figures in the game in Sydney and Brisbane to decide which colour shade should form the basis of Test jerseys moving forward.

The 1991 jersey beat the 1984 edition in the final as the likes of David Campese, Gary Ella, Nick Farr-Jones, Phil Kearns, Phil Waugh, Michael Cheika and Bob Dwyer cast their votes round by round in head to head jersey matchups.

Following the suspenseful vote saw some of the game's most prominent figures vote on eight iterations of the Wallabies jersey, Rugby Australia will now work with major partner ASICS to align the traditional colour scheme with the technological evolution in the 2021 jersey.

Commenting on the process, McLennan stated “while I had to cast the final vote, it was ultimately the fans who decided the '91 jersey. More than 13,000 people were polled with the ’91 colour the clear favourite - so that made it an easy decision for me.

"The jersey is key to our identity as a team and a nation, and it's important that it has a nod to its heritage and also appeals to our supporters.”

The vote came on the day that broadcasting service Stan announced that its new add-on Stan Sport package will feature Super Rugby AU, Super Rugby Aotearoa and the crossover trans-Tasman tournament will be shown ad-free, live and on demand, along with The Rugby Championship, Bledisloe Cup, Shute Shield, Hospital Cup, Mitre 10 and Currie Cups, plus Super W, Wallabies and Wallaroos Test matches and SANZAAR home Tests