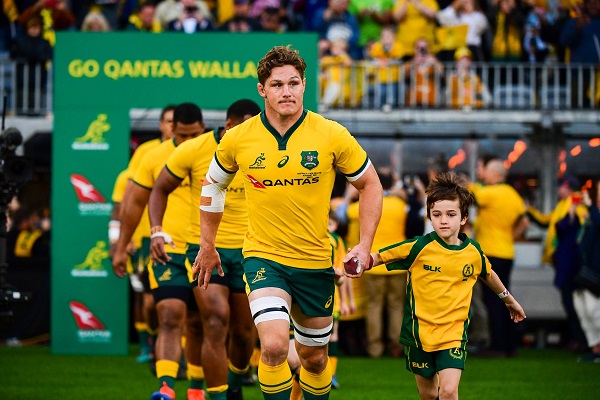 Rugby Australia has announced an in-principle, three-year broadcast agreement with Nine Entertainment that it says will “reboot the game at every level".

The deal, which is set to commence in 2021 is worth $100 million over its duration will see all Super Rugby AU, Super W, and Super Rugby Aotearoa matches broadcast live and ad-free on Nine’s streaming service, Stan.

Stan will also have exclusive broadcast rights to every Wallaroos Test, The Rugby Championship, The Bledisloe Cup, and all inbound international test matches for Australia, New Zealand, South Africa and Argentina, with select matches to also be shown on free-to-air.

Announcing the agreement this morning, Rugby Australia Chairman, interim Chief Executive, Rob Clarke, said Australian rugby will benefit from additional investment for growing fan engagement from grassroots up, stating “Rugby Australia is very excited about our new partnership with Nine Entertainment Co. and what’s in store for our great game over the next three years and beyond.

“This is a landmark deal that includes everything in the showbag, and it gives more Australians more access to more rugby than ever before.

“We’re particularly pleased for Super Rugby to be live on free-to-air for the first time in its history.

“We’re also thrilled to partner with streaming service Stan, which now boast more than two million Australian subscribers and are growing at a rapid rate.”

With the package valuing rugby union's broadcast rights significantly lower than the $285 million over five years that Rugby Australia received under a deal with Foxtel, Channel 10 and BSkyB that expired last year, Clarke added “we’ve recognised that the broadcast landscape has changed, and we’re changing with it.

“Nine and Stan have also made a commitment to our women’s game, both at a domestic and international level.

“Rugby Australia is passionate about the growth of the women’s game in Australia and we look forward to working closely with them to showcase our competitions and talented players as well as encouraging more women and girls to pick up a rugby ball.”

Rugby Australia did not comment on the package's headline figure of $100 million other than noting it included both "cash and contra", which is believed to include free advertising for the sport.

However, the financial certainty will be a relief to the sport which had been without a long-term broadcast partner after an ill-timed push to secure more television cash coincided with the COVID-19 crisis.

The poor handling of the issue was cited as one of the reasons Raelene Castle left her role as Rugby Australia’s Chief Executive in April.

The sport was dealt a further financial blow in September, when Qantas Airways scrapped a long-running sponsorship deal reportedly worth $5 million annually.

The package will need to be approved by from its partners in the SANZAAR governing body - South Africa, New Zealand and Argentina.