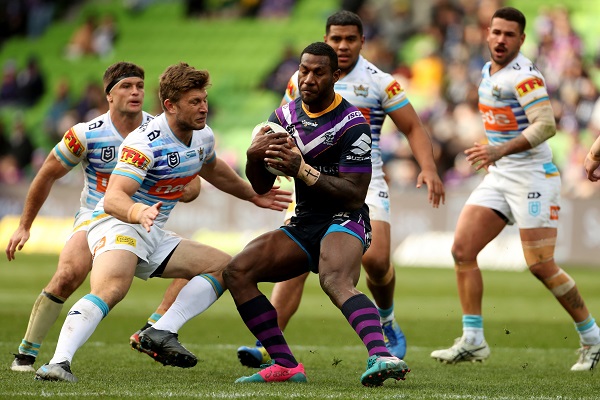 The NRL has seen its audience decline by more than a million viewers - a quarter of its television following - since the competition restarted.

Despite the NRL advising of a surge in engagement as the competition restarted, the latest OzTAM ratings reported by Sydney’s The Sun-Herald indicate a huge drop in league audiences on Nine and Fox Sports during the past two months.

The Sun-Herald reports that the figures are surprise given the NRL has been praised for recent law changes that have improved the spectacle although there has been an increase in one-sided matches as the discrepancy between the strong and weak teams is exposed.

By contrast, the AFL’s decision to revert to 16-minute quarters has led to tighter contest although game quality is deemed to be predictable.

However, with tighter contests a greater number of viewers are remaining tuned in until the end of games.

However, Australian Rugby League Commission Chairman Peter V’landys believes the biggest factor behind the drop in league audiences are the performances of the three Queensland teams, telling The Sun-Herald “unfortunately, because the Queensland teams are near the bottom of the ladder, it hasn’t helped the ratings in Queensland, no doubt about that.

“We didn’t expect to keep all of the audience in the first round because we were the only sport that was playing on that day, of any sport. We just have to keep making the game more entertaining. We’re in the entertainment market. People have a lot of choices.

“We need to make sure we attract that casual audience that aren’t rusted-on fans.”

The biggest audience fall since the restart has been on Nine, mirroring a general decline in free-to-air figures. The NRL’s free-to-air segment share in Sydney and Brisbane is actually up 1% year on year, despite more people consuming content on other platforms. Another reason for the big drop-off could be the absence of the Easter, Anzac and Magic rounds, which normally result in a spike in viewers.

Meanwhile, streaming numbers have increased by 93% between rounds three and seven, but there had been a significant decline in subscriptions while there was no sport being played in Australia and the increase does not make up for the decline in traditional viewers.