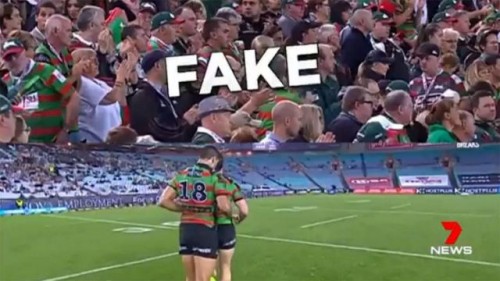 According to a report by 7 Sport, the average Sydney NRL crowd this year has been just over 13,000, its lowest in years, with the scheduling of games on Thursday nights being seen as largely to blame, averaging under 10,000 people.

Attendances for the Friday six pm time slot are only marginally better.

7 Sport reported that two weeks ago the crowd crisis was at its worst during the traditional South Sydney Rabbitohs v St George Illawarra Dragons clash at the Sydney Cricket Ground, the turnout was embarrassing for the 6pm clash.

Those who did attend said the stadium was completely void of any atmosphere.

Due to poor crowds such as at the Rabbitohs v Dragons, 7 Sport found that broadcasters have been using old video of crowds in order to make attendances look bigger.

However, the NRL, which has historically exaggerated attendance numbers, seem to be content to sacrifice crowds for TV ratings. 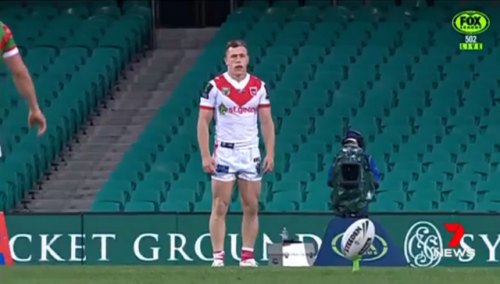 Some radical solutions are now being considered by clubs, including allowing members free access to away games.

The NRL season got off to the worst possible start with crowds in 2017, with its worst opening-round attendance averages since the Super League war.

The figure is well down on the 14,644 average attendance across each of last year's opening-round matches, and the lowest since 1996, when only 30,198 watched the four games that weekend.

On that occasion, six matches were forfeited as the Super League war threatened to tear the game apart.

Images: Another empty NRL crowd in 2017 (top, courtesy of Fox Sports) and old vision of crowds used during a Rabbitohs game (below, courtesy of 7 News).