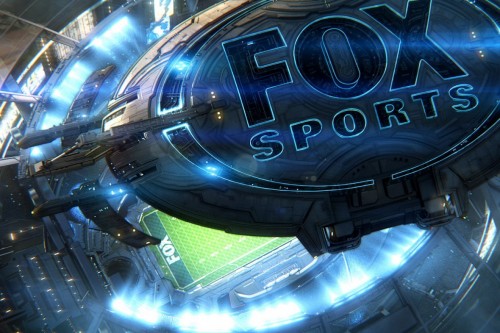 A seemingly secret deal between the Federal Government and Foxtel will see the pay television company receive $30 million for more sports coverage.

Foxtel received the $30 million, which will extend over four years, in the May Federal budget to “support the broadcast of underrepresented sports on subscription television, including women’s sports, niche sports, and sports with a high level of community involvement and participation”.

However, questions have since been asked about how the subscription broadcaster – 50% owned by Rupert Murdoch’s News Corp, will use the funds and why it was singled-out, but even after a Freedom of Information (FOI) request by the ABC, no answers have been provided.

The Department of Communications and the Arts told the ABC that it had no documents associated with the grant to provide.

Federal Communications Minister Mitch Fifield says it is just one part of broader media reform, telling the Guardian Australia “this was a decision of government, announced in the budget as part of the media reform package.

“The department’s FOI process is independent of the minister.” 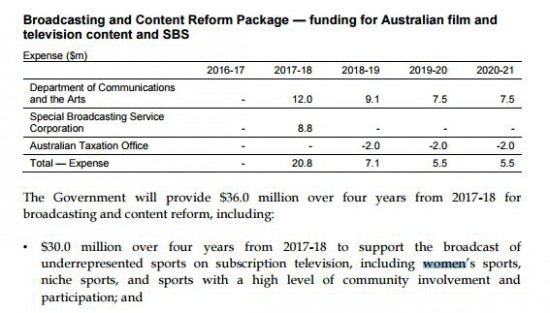 In declining access, the Legal Director for the Department of Communications and the Arts "refuse(d) access to the requested documents under subsection 24A(1) of the FOI Act, as I am satisfied that documents falling within the scope of your request do not exist".

The May budget’s broadcasting and content reform package provided $36 million over four years from 2017/18, including the $30 million for Foxtel.

Mayne stated “because the free to air networks were all getting a licence fee cut in the budget and the government wants to keep sweet with all of the media.

"They didn't want to have an enemy in the Murdoch's so they just gave them $30 million and then had to come up with a reason."

Lower image shows the Federal budget allocation of $30 million for "the broadcast of underrepresented sports on subscription television". (2017/18 Federal Budget).