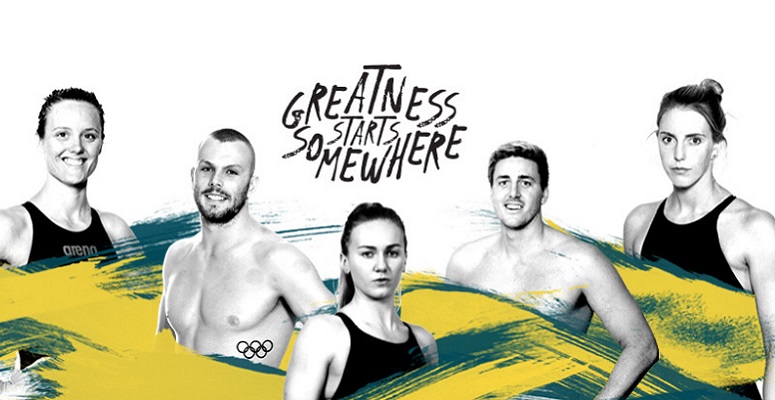 With sports counting down to Tokyo 2020, Swimming Australia has revealed its Olympic and Paralympic campaign ‘Greatness Starts Somewhere’.

Striving to inspire the nation and garner a groundswell of support for the Australian Dolphins swim team in the lead up to the Games, the campaign’s philosophy is defined by the idea that greatness comes in many forms and from many places – it starts somewhere.

From initial aspirations, taking risks, passionate volunteers, sacrifices and setbacks, to early starts, the constant smell of chlorine and burning lungs, every day, every minute and every moment, greatness is beginning.

With only 275 days until the Olympics begin and 307 days until the Paralympics kicks off, Swimming Australia Chief Executive Leigh Russell said the campaign aims to unite and recognise the swimming tribe across the country and galvanise support for our athletes.

Russel advised "our Greatness Starts Somewhere campaign goes to the heart of our values, to inspire the nation by telling the motivational stories of our dedicated athletes as they push for Tokyo 2020 and beyond.

“When fans are cheering from the grandstands or their living rooms next year, we want them to know the personalities behind each athlete and understand the commitment and hard work they’ve already achieved just to walk out on pool deck in the green and gold.

“From leaving family and friends to move interstate, setting early-morning alarms day in day out, to overcoming setbacks and having the courage to be the best they can be, their path to team selection and the sacrifices they’ve made already makes them great in our eyes.

“Greatness Starts Somewhere extends to our amazing swimming community of families, volunteers, coaches, grassroots, recreational and junior swimmers who, no matter what role they’re playing or level they’re swimming, positively contribute to our sport and form an integral part of the journey to our success.”

Olympic gold medallist Kyle Chalmers, world champion Ariarne Titmus, Paralympic gold medallists Ellie Cole and Brenden Hall, as well as national open water champ Kareena Lee – who was confirmed as our first swimmer on the Olympic team – are just a few of the athletes who will feature in the campaign which spans across all sections of the swimming community.

Using the hashtag #GreatnessStartsSomewhere on Facebook, Instagram and Twitter, fans will see the digital aspect of the campaign take shape across Swimming Australia’s social media accounts including the Dolphins swim team, while they’ll also be a visual presence at events as well as swim schools and clubs throughout the country.

Greatness Starts Somewhere will come to life at its first event tomorrow, as the 2019 Hancock Prospecting Australian Short Course Championships commences in Melbourne.