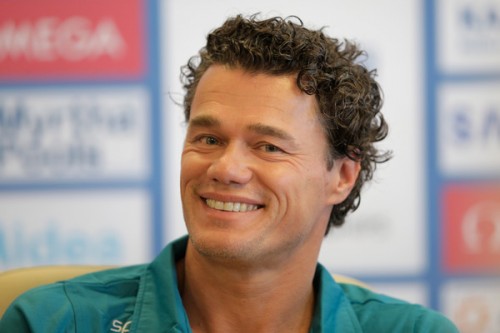 Australia’s head swimming coach Jacco Verhaeren is leave the role after next year’s Tokyo Olympics to return to Europe.

The first foreigner to be given Australia’s top swim coaching job, Verhaeren has decided to head back to the Netherlands with his family after the 2020 Games.

He explained “that was always the plan. “It’s been a fantastic experience and I’ve loved working with Swimming Australia but we’ve got two teenage boys. We think the end of next year is the right time to go but first there’s work to be done in Tokyo.”

Swimming Australia is aware of Verhaeren’s intentions to depart and he will leave on good terms.

Head of High Performance Alex Baumann said the search for his replacement would not commence until after Tokyo.

One of the world’s most successful coaches, Verhaeren took on the job as the Dolphins’ head coach in January 2014 after Leigh Nugent resigned following a damning review into the team culture and the ‘Stilnox scandal’ at the 2012 London Olympics, when Australia’s swimmers collected just one gold medal.

However, the team won just three golds at the 2016 Rio Olympics and only one at the last world titles two years ago, prompting the Dutchman to introduce tough new reforms.

He reduced the timing of the trials before major competitions to just five weeks, copying the cutthroat system used by the United States, and has implemented difficult qualifying standards just to get on the team, which are much harder than the official times determined by the sport’s world governing body.

The result is that Australia is sending a small but strong team of just 27 swimmers to this month’s world championships in South Korea and preparing to sacrifice the chance of winning medals to focus on the Olympics.

There is likely to strong competition to replace Verhaeren with a range of names suggested.

Past National Team Coaches Leigh Nugent and Rohan Taylor have been suggested along with Michael Bohl of Griffith University, Richard Scarce of Bond University and Simon Cusack of NSWIS. American coach Gregg Troy has also been suggested along with Tracey Menzies, who has recently coached at the Australian Institute of Sport with the Australian National Training Centre and is now with the Rackley squad at the Parkinson Aquatic Centre in Brisbane.