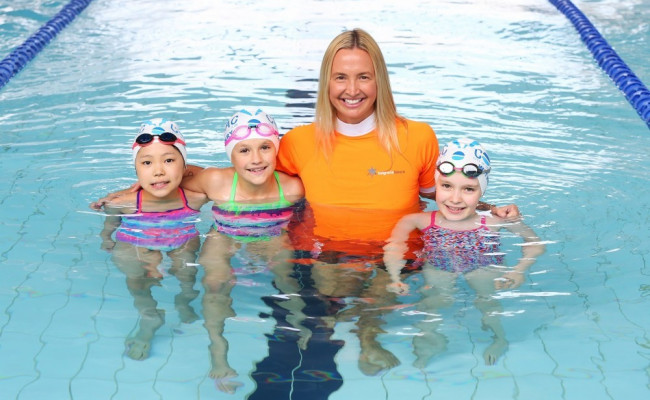 The competitive nature of Australians will pit teams such as Team Belgravia Leisure against others to see which swim tribe can top the nation’s leader board for the most kilometres swum during the campaign.

Swimming Australia is encouraging all Australians to celebrate their love of the water. pledging their swimming distances to swim a virtual lap around Australia from 19th-28th January.

“Swimming is a great way to get active and we want to support the Sport Australia Move It AUS campaign and encourage Australians, of all backgrounds and abilities to find 30 minutes a day to be physically active.” said Swimming Australia Chief Executive Officer Leigh Russell.

Each team will have a captain and a charity cause connected to it, allowing Australians to make a choice on which team to pledge their swims to. Team Belgravia Leisure will be led by Olympic gold medalist Brooke Hanson OAM. Hanson is Belgravia Leisure's official Swimming and Water Safety Ambassador helping to spread the swim safe message across Australia and New Zealand.

Russell said she expected this year’s campaign, which is presented by Optus, to take on a whole new feel.

“Appealing to the competitive edge of Australians and have teams go head-to-head brings a whole new level of excitement to the Australia Swims campaign.

“Swimming is really unique as it is a life-skill, a sport and a recreational pastime. It knows no barriers and anyone can give it a go.

“Whether you are going to swim 100 metres or five kilometres, we want to encourage everyone to pledge their swims and celebrate their love of the water during this period.

“Our goal is for Australians to reconnect to their love for swimming and inspire people to participate and share their experiences, whether that be through social media or just by having fun with friends and family,” concluded Russell.

For more information go to https://australiaswims.com.au/ to pick a team and pledge your distances.

For more information on Belgravia Leisure go to https://belgravialeisure.com.au/