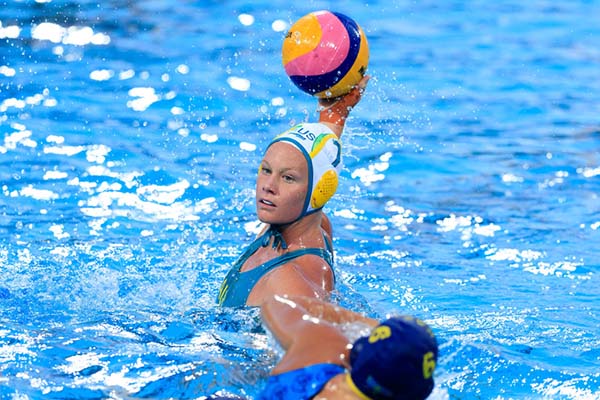 Brisbane is set to host two international water polo test matches in January 2020 between old rivals Australia and the USA in the lead-up to the Tokyo 2020 Olympic Games.

The matches will headline the Australian Youth Water Polo Championships (AYWPC) which earlier this year brought more than 3000 competitors to Brisbane venues over two weeks.

“The world class facilities and renowned lifestyle we have here in Brisbane is certainly a selling point for participants and spectators.

“Hosting this major Olympic lead-up event will be another chance to show what Queensland is capable of hosting on the world stage.

The matches were secured through a partnership between Tourism and Events Queensland and Brisbane Marketing.

Lord Mayor Adrian Schrinner noted Brisbane was recognised for hosting major sporting events and water polo competitors and as such fans and family members could expect a festival atmosphere in the city.

Brisbane local and triple Olympian Bron Knox said the USA-Australia rivalry always delivered something special and fans were in for a real treat, adding “Australia and the USA are both strong performers on the world stage throughout women’s water polo history.

“We always tend to meet the USA in big games, semis or finals and this naturally builds rivalry.

“Local sports fans should come along as it’s an opportunity to see some of the best athletes in the sport gearing up for the Tokyo 2020 Olympics.”