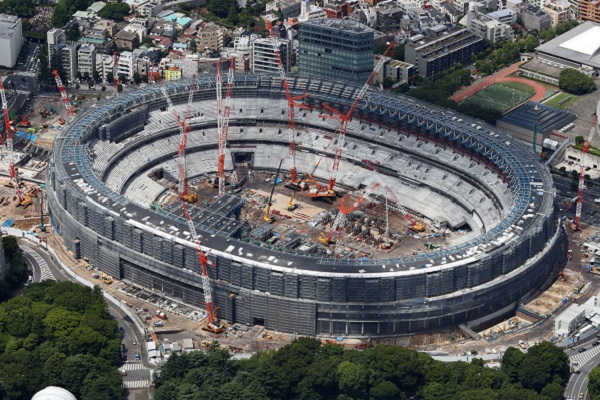 Despite concerns about extreme heat, managing costs and accommodation shortages, with one year to go until the opening ceremony of the Tokyo 2020 Games, organisers of the Tokyo 2020 Olympics and Paralympics are upbeat about preparations.

Issues such as the scrapped original stadium plan, a replacement design without an Olympic cauldron, plagiarised logos a bidding corruption scandal and a budget on course to quadruple from initial projections have emerged since Tokyo was awarded the Games in 2012.

Nonetheless, more than 7.5 million people in Japan registered for the first ticket lottery, making every event massively oversubscribed, with 90% of applicants estimated to have come away empty‑handed in the first round in June.

With the Games set to see a significant rise in inbound tourism, Dr Mike Duignan, Professor of Sports Management at the UK’s Coventry University has warned that “Japan has gone from nine million tourists in 2012 to more than 30 million last year, and is aiming for 40 million by 2020.

Dr Duignan, who is in Japan researching a ‘TokyoZones’ project looking at the Games’ impact, told the Guardian “this rate of growth is not sustainable, and Japan hasn’t really been prepared in many ways, including in terms of English language and accessibility.”

Heightened demand from visitors could see a shortage of more than 10,000 hotel rooms during the Games. With Airbnb heavily regulated, Japanese travel companies have chartered cruise ships, to be docked at nearby Kawasaki and Yokohama, to use as extra accommodation.

Being near the water may be one way to find at least some relief from the extreme heat and stifling humidity that are almost a certainty in Japan between 24th July and 9th August, when the Games will run. A heatwave across those two months last year killed more than 130 people and saw 70,000 hospitalised. Organisers are taking a host of measures, including early morning starts for the marathons, but concerns about the safety of athletes and spectators persist.

International Olympic Committee Vic President, John Coates confirmed this week that spectators will be able to take their own water into venues and that there will be adequate shade when queuing for events.

At Tokyo 1964, the last time the Summer Olympics were hosted by Japan, they were held in October. However, that schedule does not fit with the plans of international broadcasters, who pay massive sums of money and make the event so attractive to sponsors. Tokyo 2020 has raised US$3.1 billion in sponsorship from 62 Japanese firms, around triple what any previous Games has pulled in from domestic companies.