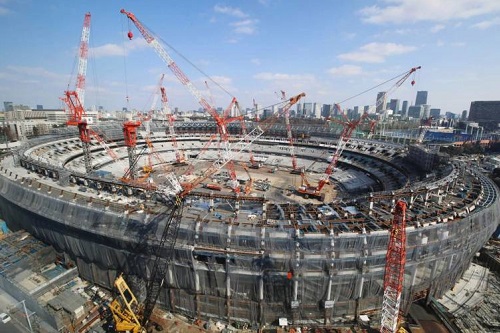 The organising committee for the Tokyo 2020 summer Olympic and Paralympic Games has said it remains committed to cost-cutting efforts having revealed unchanged budgets for the events.

As with the previous version released in December 2017, the OCOG budget remains balanced and privately financed by the International Olympic Committee (IOC), sponsors, licensing and ticket revenues at US$5.6 billion with no burden to taxpayers. This includes the costs of the Paralympic Games.

On the back of what it claims have been “sustained marketing” efforts, domestic sponsor revenues for Tokyo 2020 have increased by US$100 million to $3 billionn compared to the previous budget, with another US$100 million of revenue expected.

In terms of the shifting nature of the budget, Tokyo 2020 said transportation has risen by US$100 million to US$300 million, while Games operations costs have risen US$100 million year-on-year to US$1 billion. Tokyo 2020 said these costs are covered by a reduction in the existing contingency of US$100 million and savings achieved as a result of the IOC’s Olympic Agenda 2020 reform plan and its New Norm recommendations.

Commenting on the budget, Tokyo 2020 Chief Executive Toshiro Muto stated “with less than 600 days to go until the Games, we are finally entering a fully-fledged implementation phase. As many aspects of the Games have become more detailed, Tokyo 2020 has seen increases in some new areas but has successfully reduced expenditures in other areas, resulting in the updated budget remaining the same as the previous version.

“There is still a lot of work to be done to control expenditures, but with the cooperation of the IOC, Tokyo 2020 will continue to make best efforts to maximise revenues, contain costs and keep its budget within ¥600 billionn (US$5.39 billion).”

When Tokyo won the hosting rights for the Olympics in September 2013, its bid outlined a proposed budget of ¥730 billion.