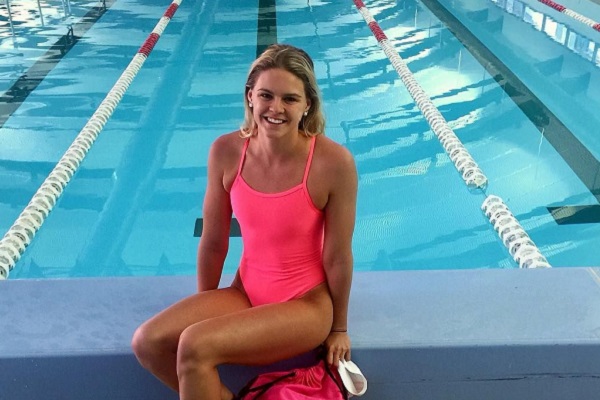 However, Swimming Australia Chief Executive Leigh Russell says the sprint star only has herself to blame over her positive drug test.

Although Russell admits the 20-year-old may have made a simple mistake, Jack faces a ban that looks set to halt her future swimming plans after revealing on social media that her B sample had tested positive.

Russell had no sympathy for the member of Australia’s world record breaking 4x100m freestyle relay team, advising “I do think that people can make mistakes, and seemingly and inadvertently be taking things.

“It does take a high level of care and vigilance, they [athletes] are not living like normal human beings.

“It stands to reason that from time to time you are going to get people who have potentially not realised that something is on the list. But it doesn’t matter, it is their fault.”

Critics have targeted Swimming Australia for remaining silent when the sprinter was told her A sample had tested positive to a non-steroid anabolic agent popular with bodybuilders - Ligandrol - on 12th July.

It led to the awkward situation where the few Swimming Autralia officials who knew of Jack’s positive test could only look on silently as Olympic champion Mack Horton launched an anti-doping protest at the world titles in South Korea, completely oblivious of the fact his former teammate had tested positive.

Then eyebrows were raised when Jack revealed on Instagram on Sunday that her B sample also tested positive on 19th July, two days before the world championships started at Gwangju. 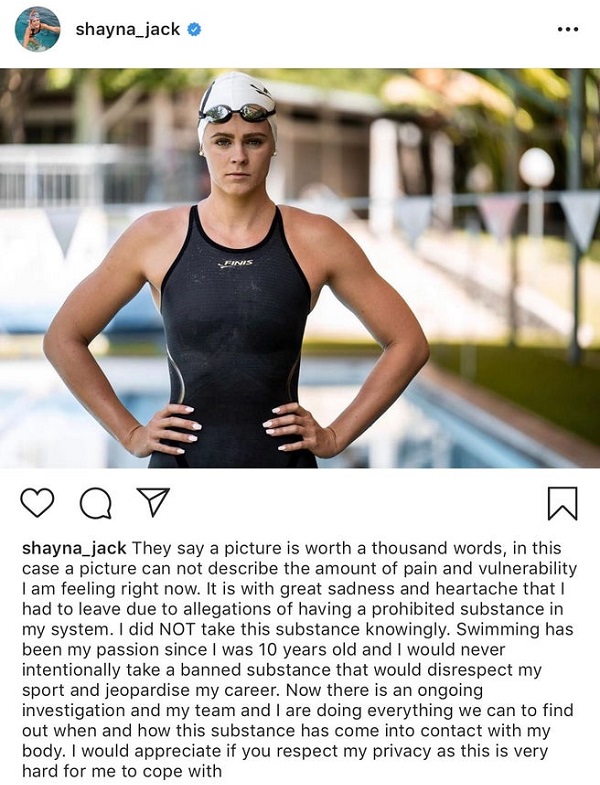 Russell had only referred to an A sample when she addressed the media on Sunday to slam Jack’s positive test as “bitterly disappointing and embarrassing for the national swimming team, the sport and the country”.

Russell also indicated they were still waiting on the B test. She said confidentiality required by Swimming Australia’s agreement with the Australian Sports Anti-Doping Authority (ASADA) did not allow them to reveal Jack’s initial A sample test.

Russell said Jack had been planning to reveal the A sample positive test after the world titles ended on Sunday so it would not be a distraction for the Dolphins.

However, the truth emerged on Saturday when media reports broke that Jack’s A sample had tested positive, creating a major distraction for the Australian team that still had two days left in their world titles campaign at Gwangju.

Ings told the Ten Network “Swimming Australia seem a little out of their depth on this matter.

“Sports globally do announce provisional suspensions (after A sample tests positive) because you can’t keep a secret when a top, famous athlete suddenly disappears from competition.

“I hope the rules change to allow ASADA and Swimming Australia to make announcements in future.”