Sport and venues rally to back bushfire relief 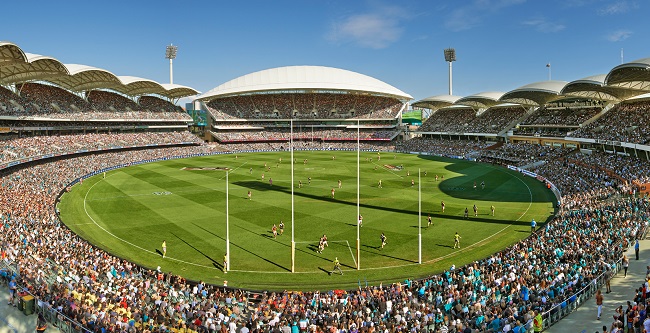 Australian sporting organisations and venues are rallying to raise funds for the bushfire relief effort with initiatives revealed by the AFL, Cricket Australia and Tennis Australia over recent days.

The AFL announced yesterday it is to revive its State of Origin fixture with a landmark match at Melbourne’s Marvel Stadium on 28th February.

Money raised from the Victoria v All-Stars match will be donated to a community relief fund set up by the AFL to help rebuild AFL rules facilities torn apart by the ongoing bushfires.

The AFL Women’s match between Collingwood and Melbourne scheduled for 28th February at Victoria Park will also now be played at Marvel Stadium as part of a double-header with the State of Origin fixture.

The AFL has committed also committed $1.35 million towards the relief effort, with clubs providing $900,000 and the AFL Players Association pledging $250,000.

The match will be played during the second weekend of the pre-season Marsh Community Series and will see players selected in a to-be-determined process.

The AFL last staged a State of Origin game in 1999, when Victoria beat South Australia at the MCG.

Announcing the initiative, AFL Chief Executive, Gillon McLachlan stated “our industry is heartbroken by the devastation that the fires are causing around the country and our clubs and players have suggested a number of initiatives where we can support affected communities in the short and longer term as they deal with the aftermath of these fires.

“A game of footy can’t change what has happened but it is a way for all of our clubs, our players and our fans to acknowledge the incredible sacrifice that so many have made in battling the fires and to support those communities that have been impacted by the bushfires.”

Adelaide Oval is to also contribute to the bushfire relief effort with players from rival AFL clubs Adelaide Crows and Port Adelaide to meet in a Twenty20 cricket game on 2nd February.

Dubbed the ‘Showdown’ of the AFL, organisers said players from the two teams will be joined by some of cricket’s biggest names for the fixture.

All net proceeds from ticketing, catering, sponsorship and all other donations will go to the SA Bushfire Appeal, which will raise vital funds for people directly affected by bushfires in Cudlee Creek and on Kangaroo Island.

Adelaide Oval Chief Executive, Andrew Daniels commented “Adelaide Oval is honoured to host this great initiative for such an important cause.

“Like everyone witnessing these tragic events unfold, we have been wanting to do something meaningful to help. We’d certainly love to fill the stadium and for people to come along and help us raise as much money as possible, while also taking a moment to be together during this difficult time.”

The event will see some of the world’s top tennis stars throwing their support behind the cause, with the names of players participating to be revealed in the coming days.

Tennis Australia CEO and Australian Open Tournament Director Craig Tiley announced AO Rally for Relief as just one of a range of fundraising activities to be rolled out across the summer as part of the Aces for Bushfire Relief program.

Tiley advised “it is heartbreaking to see the devastation the bushfires are wreaking across the country and to see so many people and communities suffering.

“The Aces for Bushfire Relief initiative gives the tennis community the opportunity to galvanise our sport to support and raise much needed funds to help those who are most in need.

“We are working closely with the top players and have already had a great response, with many of them keen to help this incredibly important cause.”

Tennis Australia had already committed a $100 donation for every ace served at the ATP Cup in Brisbane, Perth and Sydney.

Tennis Australia will also grant $1 million to assist communities repair and rebuild tennis facilities damaged or lost in the bushfires while proceeds from the Australian Open Live Stage concert with Jessica Mauboy on Sunday 19th January will be donated to the Red Cross appeal.

More than 1,000 tennis clubs across the country will be encouraged to support the relief efforts as part of the launch of Tennis Australia’s newest adult social play participation program, Open Court Sessions.

A viral Aces for Bushfire Relief campaign designed to encourage anyone, from anywhere, to serve an ‘ace’ and donate to the appeal will be launched internationally, and signed player memorabilia will form part of an online auction to raise additional funds.

Image of the Adelaide Oval courtesy of Abel Sports.