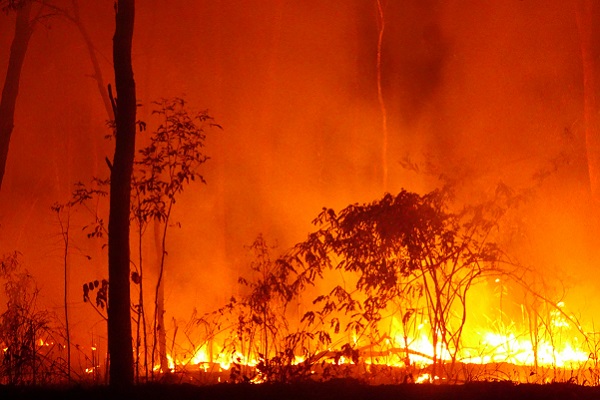 The impact of the devastating bushfires on Australia’s tourism industry is expected to cost the industry hundreds of millions of dollars while the images of smoke and fire carried worldwide are expected to be a deterrent to international visitors.

The smoke has shrouded entire cities and driven air quality to unhealthy levels, with at least 20 people dying in the fires, while colonies of animals such as koalas and flying foxes have been destroyed.

Commenting on the impact, Shane Oliver, Chief Economist at AMP Capital, advised “seeing all the images of fires on television and social media is not going to help, it puts a dent in Australia’s reputation as a safe tourist destination.”

Ranking tourism as Australia’s fourth biggest export, Oliver added “it’s come at a time when the economy was already fragile.”

Bushfires burning for weeks near the world heritage site of the Blue Mountains in NSW have driven away tourists.

As visitors take to social media to warn others to steer clear, the number of busloads of tourists each day has fallen to about four from 15 or 20, according to Stacey Reynolds, a receptionist at the Blue Mountains Backpacker Hostel in Katoomba.

Reynolds told the ABC “they told people not to come in and it’s affected everything, from restaurants to motels to backpackers to cafes … the streets are empty.”

Although there is no published nationwide data on tourism since the fires took hold in late spring, Australia attracted 2.71 million holidaymakers last summer, up 3.2% from the previous year, as many fled the northern hemisphere winter.

Advising that hotels in Sydney saw a fall of 10% in guest numbers in December, Accommodation Association of Australia Chief Executive, Dean Long stated “the fires and the smoke have had a real brand and reputational damage in Sydney.”

Blue Mountains attraction Scenic World in the Blue Mountains had 50,000 fewer visitors in December, down 50% from last year, according to Chief Experience Officer Amanda Byrne.

Byrne noted “the tracks are open, but we are having more cancellations than bookings.”

Noting that many visitors had shied away from the area because of “heavy media coverage”, Byrne added “in December we’ve had bookings cancelled out of general fear for the bushfire situation from both tour operators and independent travellers.

“We have also heard from our inbound tour operators that they are receiving cancellations for as far out as April - well after the bushfire season.”

Feeling that reporting of conditions in the Blue Mountains during the bushfire crisis had been misleading and sensationalist, Byrne commented “it’s important for international tourists in particular to understand that the Greater Blue Mountains World Heritage-listed area is vast - more than 1 million hectares - and there are many popular tourist areas that are unaffected by the bushfires.”

She also fears that the impact of the bushfires may be felt long after they are doused, stating “after the devastating 2013 bushfire in Winmalee, which went for two days, it took three months to see a return to normal visitation in the Blue Mountains region with an estimated loss of $47 million to the local tourism economy.”

Having launched its Matesong television commercial in the United Kingdom before Christmas, Tourism Australia this week suspended the campaign.

Widely criticised for its fanciful depiction of modern Australia, the timing of the campaign amid the bushfire crisis, David Beirman, Senior Lecturer in Tourism at the University of Technology Sydney, said the campaign looked “pretty stupid” in promoting a “happy-go-lucky Australia when the news headlines show firefighters grimly defending properties.

"It positions Australia as the antidote to the uptight, stressed out and overworked, which is a hard argument to put when the images you’re seeing are of kids hiding in the ocean under wet towels as fire fronts rip through their towns."

Commenting on the overall impact of the crisis, Federal Trade and Tourism Minister Simon Birmingham said the safety of residents and visitors in fire-ravaged areas was the Government’s priority, but it was “acutely aware” of the impacts on tourism.

Senator Birmingham advised “many of Australia’s best known tourism regions have previously faced natural disasters such as bushfires and cyclones yet bounced back in a strong demonstration of their resilience as world-class tourism destinations.”

Senator Birmingham said there was “always a risk” that widespread media coverage of the bushfires would also impact other regions of Australia, adding “we are monitoring the global media coverage and its impact on future bookings closely and assessing how to address the impact of this as the situation unfolds.”

Felicity Picken, a Lecturer at Western Sydney University's School of Social Sciences and Psychology, said the apocalyptic images of bushfires were likely to undermine Australia’s efforts to brand itself as a desirable destination.

Stating that the rising risk of bushfires in summer might require a rethink of when and where tourists should visit Australia, Dr Picken advised “poor air quality tends to undermine positive views about the urban quality of a destination whereas bush or wildfires tend to reflect poorly on the natural attractions.”

But Dr Picken said the images with the greatest impact were those that “joined the dots” between the fires and tourists such as holidaymakers sheltering on a beach as flames razed homes.

Editor’s note: Australasian Leisure Management will be looking to report on fundraising and recovery initiatives within the industry in the wake of the bushfire crisis.