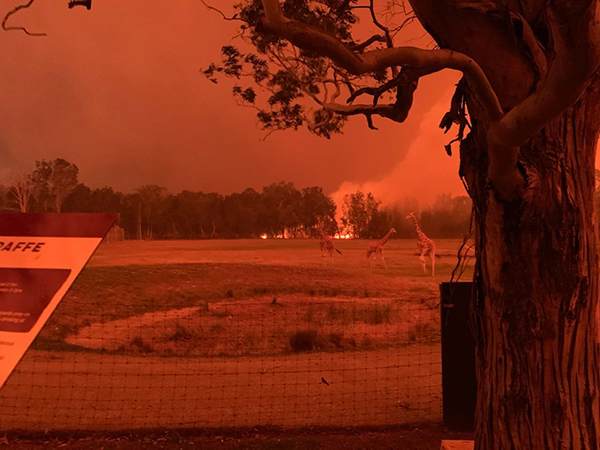 Mogo Wildlife Park (formerly known as Mogo Zoo) on the NSW South Coast, home to approximately 200 animals, has been saved by zookeepers when it was ringed by fire earlier today. The crew of 15 zoo employees worked since yesterday to protect the park.

The wildlife park spans 81 acres of bushland and is situated 10 kilometres south of Batemans Bay, an area being threatened by the 31,000-hectare Clyde Mountain bushfire.

Hundreds of animals were locked inside the zoo as it was threatened by the raging bushfire, considered “the worst thing to happen” in its 30-year history.

Wildlife Park Director Chad Staples advised that no animals had been hurt because of the heroic work by staff who, for more than three hours, fought the flames and spot fires which came right into the zoo. 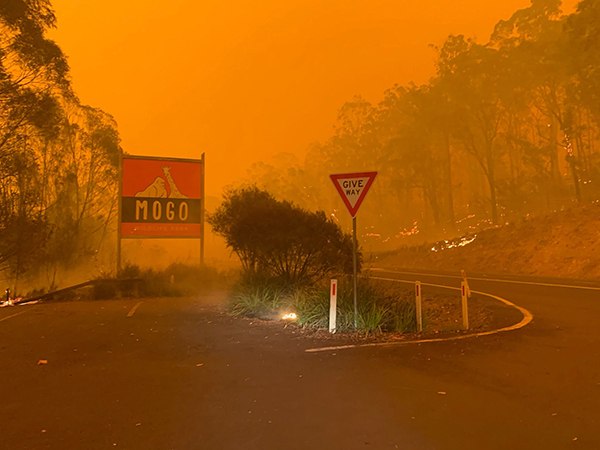 Staples told The Daily Telegraph “we had staff in every corner making sure everyone and every animal was safe.

“It was hell. You can still see the flames just across from us.”

Staples advised that none of the animals had panicked adding “they were all pretty good.”

Staples’ home, which is in the middle of the zoo, was full of smaller animals which could be carried in containers, including the red pandas and some small monkeys.

The leopards, tigers, lions and great apes were put into their night pens, which were fitted with sprinkler systems, while the giraffes and zebra were let out to roam on paddocks which had been soaked with water.

The two black rhino were kept in their pen.

Staples has advised that "every single animal” has been saved from the fire. 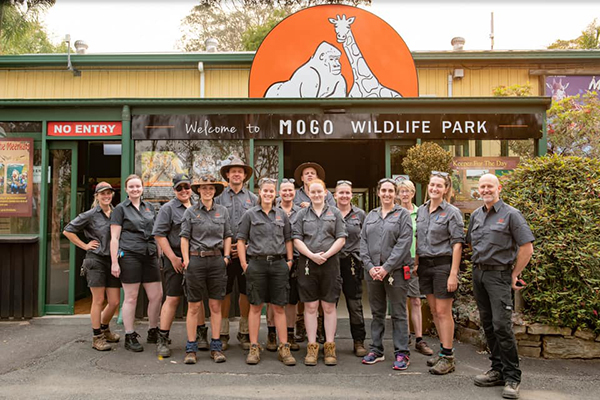 Staples thanked the staff at the park who worked so hard to protect the animals because they "love them like their own family".

The Clyde Mountain fire spread rapidly on Monday night and on Tuesday morning had jumped the Princes Highway near Mogo.

The fire is threatening South Coast communities between Batemans Bay and Broulee.

Featherdale Sydney Wildlife Park took over operation of the Mogo Zoo in November.