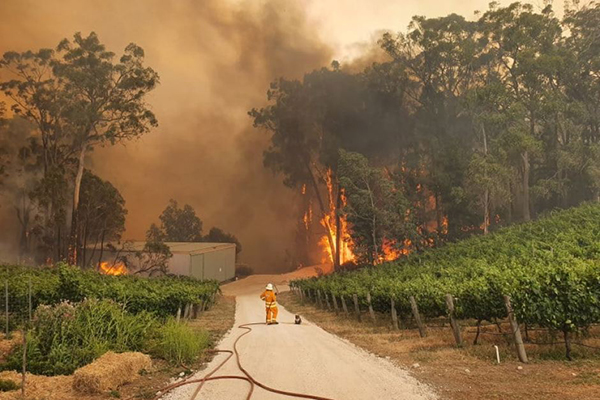 Adelaide's New Year's Eve fireworks are set to go ahead despite calls for them to be cancelled as a mark of respect to South Australian bushfire victims.

According to the ABC, “more than 80 homes have been destroyed in the Cudlee Creek fire along with one person also losing their life, while significant blazes also broke out on Kangaroo Island, the Yorke Peninsula and in the south-east.”

The call to cancel the fireworks has been rejected by Adelaide City Council and Lord Mayor Sandy Verschoor.

Councillor Anne Moran submitted the cancellation request, supported by a number of other councillors, to Lord Mayor Verschoor last week. Some Councillors believe that the NYE celebrations are insensitive during a time of severe bushfires.

A statement from the Council while acknowledging those opposing the fireworks, maintained its decision to go ahead with them advising "while we appreciate the suggestion to cancel our New Year's Eve fireworks and reallocate the funding to bushfire relief, our fireworks are planned and contracted months in advance.

"With the night now so close, many people would have already planned their trip into the city to watch the fireworks from the park or in one of the many venues adjacent to the riverbank.

"New Year's Eve in Elder Park provides an opportunity for the community to come together in a family-friendly environment to look forward to the new year with hope and optimism, while reflecting on the year that has just gone by.

"Our hearts go out to those impacted by the fires and we share the community's sadness and empathy for those affected."

The event along the River Torrens will also be held as a fundraiser to assist bushfire victims. Funds raised during the celebrations will go to St Vincent de Paul, the nationally allocated not-for-profit organisation for the National SA Bushfire Appeal.

A number City of Adelaide councillors have called for New Year's Eve fireworks to be cancelled.