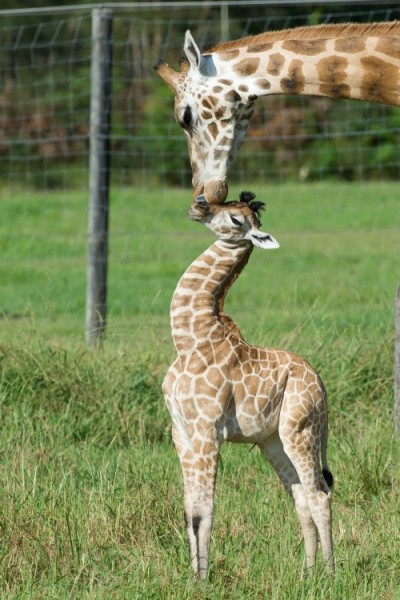 Following the recent birth of a female Rothschild’s giraffe, Mogo Zoo is to conduct an auction for the naming rights to its new animal exhibit.

The highest bidder in the auction will have the once in a lifetime opportunity to name the baby giraffe, one of a species whose numbers are reaching critically low levels in its native Africa.

Mogo Zoo owners Sally Padey explains “we came up with the idea after receiving an overwhelming amount of naming suggestions from zoo visitors, social media and the general community.

“I really want to highlight the plight of giraffe, given that in the last 10 years there has been a 40% reduction of giraffe in the wild.”

12 months ago Padey established the Mogo Zoo Foundation, a charitable off shoot of the Zoo whose motto is, Animals, People and the environment. All proceeds raised from the auction will go to various Mogo Zoo Foundation projects including the Giraffe Conservation Foundation (GCF) that was established in 2009 and doing amazing research work into giraffe populations throughout Africa in an attempt to turn the tide and save these magnificent animals in the wild.

The winning bid not only includes the naming rights, but media recognition at Mogo Zoo, through printed and social media communications. You will be presented with a certificate and experience a unique behind-the-scenes tour of the Mogo Zoo Giraffe House and an exclusive giraffe feeding session.

The Mogo Zoo Foundation and the Giraffe Conservation Foundation are not for profit organisations and all donations over $2 are fully tax deductible.

To make a bid or a donation pledge go to www.mogozoo.com.au