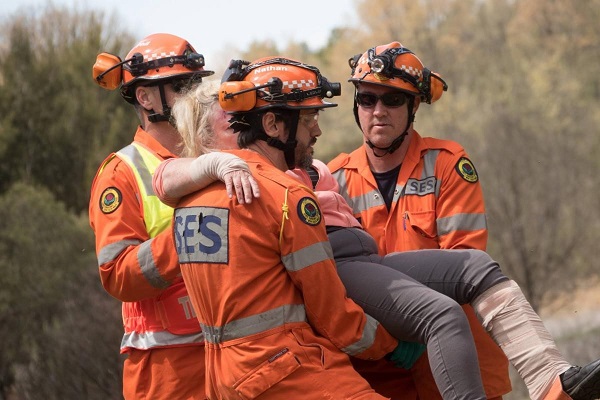 Emergency services have issued a strong message to tourists planning to visit the Shoalhaven area in NSW in the lead up to New Year, urging them to reconsider all travel plans due to "deteriorating" bushfire conditions.

As reported by the Illawarra Mercury, with major fires threatening popular holiday spots across the region, local emergency operations controller Ray Stynes and incident controller Superintendent Mark Williams have told visitors "if you don't need to be here, then we are encouraging you to reconsider your travel plans."

In a media release from Shoalhaven City Council, they said the significantly increased population due to visitors was already "adding to the burden on emergency services and responders".

Stynes noted the Princes Highway had already been closed a number of times, which had led to long queues of traffic and delays.

He advised “it has also resulted in people being displaced for periods of time.

"Despite the warnings, many are trying their luck to get here, this has resulted in many stories of people having to head back home after being turned around at road blocks."

"The Kings Highway is closed and Main Rd 92 is also closed. Once the Princes Highway closes there is no way around. Emergency services are then faced with long queues of traffic, in a fire impacted area."

He added “we have held a number of community meetings to inform residents of the deteriorating weather that is expected.

"At these meetings we have explained that the next few days will be difficult, with predictions that the fire will continue to head north and may jump the Shoalhaven River.

"We understand the impacts on local businesses and that this is a hard message to convey.

"With the conditions we are expecting over the next few days, the size of the fire, and the numbers of people we are managing, we need to ensure that the safety of the community is paramount."

Both men praised local tourist operators for encouraging people to reconsider their travel plans, acknowledging the "sacrifices that are being made for community safety."

They concluded “we are suggesting all tourist destinations provide some flexibility for bookings and allow visitors to reconsider their travel plans to the area.

"We love people visiting our special area, but for now safety needs to come first."

Image courtesy of the NSW SES.