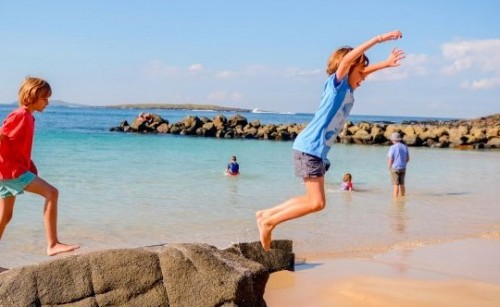 Shoalhaven on the NSW South Coast has recorded the largest number of visitors in its history, exceeding three million over a 12-month period.

The National and International Visitors Surveys report an estimated total of 3.1 million visitors to the region for the year ending March 2016, an increase of approximately 11% compared to the same period in 2015.

Shields stated “record breaking figures in the recent National Visitor Survey are reflective of the powerful collaboration between the council, the regional tourism organisation and Destination NSW which produced the award-winning Unspoilt campaign.

“Now that the overwhelming majority of visitors do their research online, the modernisation of the Nowra Visitors centre has been a long anticipated step forward.

“The new multi-purpose space with retail and a cafe, shares resources with the Entertainment Centre, looks fantastic and is much more cost-effective. The use of cost effective and cutting-edge online marketing channels and public relations at the local level has been another winning strategy.”