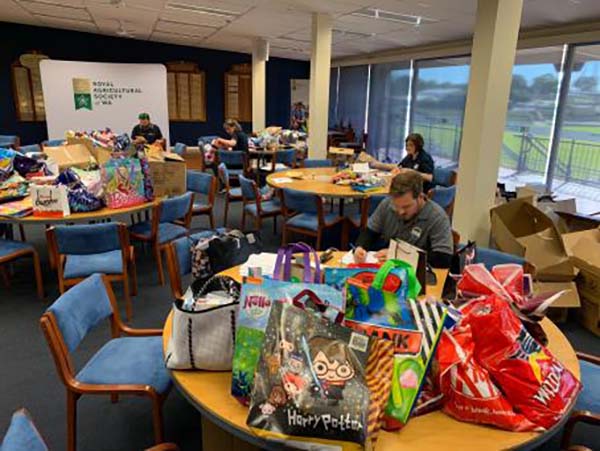 Consumer Protection WA has approved 270 Perth Royal Showbags after product safety inspectors checked about 1500 toys and novelty items that will be sold at the Perth Royal Show, Claremont Showground from 28th September until 5th October 2019.

Commissioner for Consumer Protection David Hillyard says the majority of toys and novelty items have been ticked off as safe for children, advising “I’m pleased to announce that most items in this year’s showbags were deemed safe.

"We only uncovered seven items that didn’t meet mandatory safety or information standards and just three items - a flashing ring, squishie foam toy and light up slime - have been removed from sale. Foam pellet guns are undergoing further testing.”

Consumer Protection looked for strangulation hazards, dangerous sharp edges and any projectile toys that could cause injuries to eyes or faces. Problems found were:

Under the Australian Consumer Law, it is illegal to supply products that do not meet mandatory safety and information standards. On-the-spot fines of $1,320 for individuals and $6,600 for companies apply. Serious and repeated breaches of product safety laws can lead to court action and harsher penalties.

Hillyard noted "our product safety inspectors will be attending the Perth Royal Show and other metropolitan and regional shows across Western Australia as part of our annual program to identify and remove non-compliant and dangerous products from community events.”

The Commissioner is reminding parents and carers to remain vigilant as there are items being sold outside of showbags that haven’t been pre-checked.

Hillyard added: “Be aware button batteries can cause serious injury (internal burns) or death if a small child swallows the button battery, so the battery compartments need to be secure. Flashing or noise-making button-battery powered products meant for older kids can get into toddlers’ hands, especially if there’s a group of younger children with older siblings or friends.

Additional showbags may be given the all clear by Consumer Protection in time for the big event, meaning there could be up to 300 showbags on sale in total.

Hillyard also gave thanks to the Royal Agricultural Society of Western Australia "for once again inviting us to inspect the showbags and suppliers for providing the bags in advance. This proactive approach to product safety every year helps to keep kids safe.”

Consumer Protection would also like to remind Western Australians that the official ticket seller for Perth Royal Show tickets is Ticketmaster.