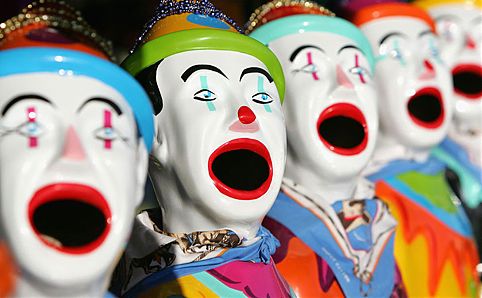 Mindful of changing entertainment tastes, the 2018 Royal Melbourne Show - which opens today - is looking to attract a new generation of showgoers.

Now in its 162nd year, the Show is the second largest annual ticketed event in Victoria (behind the Australian Open tennis), and remains popular with families.

Since taking on the role, Guerra has identified two target markets the show had previously failed to attract.

He told the ABC “when I looked at the data that's been collected, the group that we're missing over the past few years has been that 18 to 35-year-olds.

"When I look at what that group wants ... they want entertainment and they want good food."

Capitalising on the MasterChef-led obsession with food (the show is filmed in one of the pavilions at the Melbourne Showgrounds), RASV has created a new area called The Meadow.

Alongside acoustic music and evening DJ sets, there's cut-price tickets for people who only want to visit the show after 5pm - popping in after work or university.

"What we find is you come here as a kid, mum and dad bring you and you have a great time, then at about 16 it starts becoming a little less cool than it once was.

"Then you come back once you've had kids and try to recreate that experience, so we figure let's give that young adult, that family that doesn't have any kids, an excuse to come to the Royal Melbourne Show and continue that tradition all the way through."

This year the show has set up a WeChat app targeting Chinese-Australians - before opening and it had already been downloaded 1,000 times.

Guerra added "we've deliberately gone after the new Australians, saying actually, if you want to understand the Victorian way of life, come to the show and have a look.

"They would have no reference back to what the Royal Melbourne Show would be, so we're hoping to help them create that awareness and then come along and experience it, which in time might help them create their own memories and start their own traditions back with their families."

Guerra also advised that the drought had been responsible for a drop in some of the agricultural competitions, especially those for which competitors travelled from southern parts of NSW. However, entries in the art, craft and food categories are up on last year.

Guerra sees that the Show is still relevant to modern Melbourne, concluding “it brings communities together.

"We need these events to continue to glue the community together."