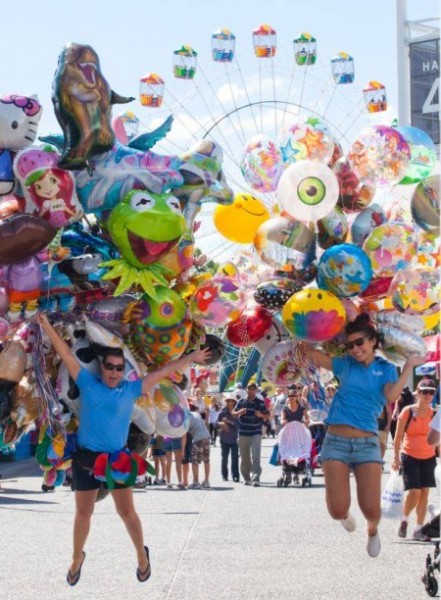 The 2016 Sydney Royal Easter Show, Australia’s largest showcase of regional and rural exhibits, has commenced at the Sydney Showground.

Running for two weeks, from 17th to 30th March, more than 14,000 animals, examples of produce and thousands of exhibitors are set to be judged at the event.

With the Coca-Cola Carnival one of the Show’s most popular events, ride access now includes wristbands that store value in addition to the traditional carnival coupons.

To encourage adoption of the wristbands, as of yesterday (17th March), 6,000 wristbands giving unlimited ride access between 10am and 2pm were sold at $35 each.

Royal Easter Show Operations Manager Shane McGrath said showgoers are set to be spoilt with a huge range of choice as well as amazing value, stating “whether you’re young or just a big kid at heart, the 2016 line-up of Showbags has every member of the family covered.

“From Bertie Beetle to beauty we have 352 options that will delight and excite."