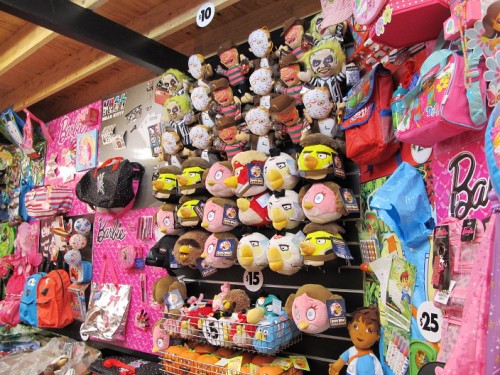 Consumer Affairs Victoria (CSV) inspectors have given the thumbs up to more than 2,500 showbag items available at the 2013 Royal Melbourne Show.

Victorian Minister for Consumer Affairs Heidi Victoria explained this week that show goers could now feel confident that the contents of the 383 showbags available this year had been subjected to a rigorous health and safety inspection process.

Minister Victoria stated "our inspectors look out for unsafe showbag items, such as toys that can easily choke a child or contain projectiles that could injure a child's eye.

"We need to ensure the products in showbags are safe, particularly given they are one of the Royal Melbourne Show's biggest highlights for our most vulnerable consumers children. "

CSV Victoria product safety inspectors assessed the showbags looking for a range of hazards including:

• Toys with small parts which present an ingestion or inhalation hazard to young children;
• Projectile toys which may cause serious eye injuries or which present an ingestion/inhalation hazard;
• Toys with sharp edges or points that may cause laceration or stab wounds; and
• Cosmetics and toiletries without ingredients labels.

Minister Victoria said while no items were confiscated out of the more than 2,500 items that were checked, the suppliers of 18 items were required to modify their product labelling to meet mandatory product safety standards.

Of the 18 items, four nail foil and tattoo products and three soaps were modified to comply with cosmetics and toiletries labelling standards.

"Consumer Affairs Victoria has worked with the showbag suppliers to ensure 18 items have now been modified to improve safety standards."

Consumer Affairs Victoria inspectors, on invitation from the Royal Agricultural Society of Victoria, have been conducting safety assessments of the contents of showbags since the mid-1980s.

For more information go to www.royalshow.com.au/