No more free entry for children at Perth Royal Show 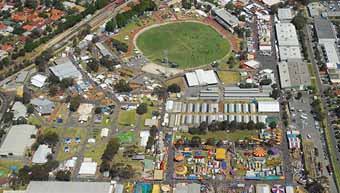 Children under 12 will no longer get into the Perth Royal Show for free after the Western Australian Government cut funding allocated to Show admissions.

Western Australian Agriculture Minister Ken Baston said in a statement on Monday that the Western Australian  Government had decided not to fund the free entry, which last year cost $1.2 million, during this year’s budget process.

Minister Baston said it was a responsible decision based on the budget deficit and “tight financial circumstances” the State would be in for 2015/16 as it looks to reduce its $30 billion debt.

Minister Bastion stated “any funding for this year would be subject to a business case and Cabinet approval.

“Government will make a decision as to whether to fund children to attend the Perth Royal Show in 2016 as a part of next year’s budget process.”

Western Opposition leader Mark McGowan said it was “very disappointing” that the funding had been cancelled the funding but he understood the decision in light of Western Australia’s “dire” budgetary situation.

Free admission for children has been a Western Australian Government policy going back to 2004 aimed at ensuring city children had the opportunity to engage with country life.

However, McGowan said he would support money from the Royalties for Regions funds being put aside for the free entry, stating “Royalties for Regions has about $1 billion to spend every year (so) $1 million is not a major component of that and I think that would be a good way through this.”