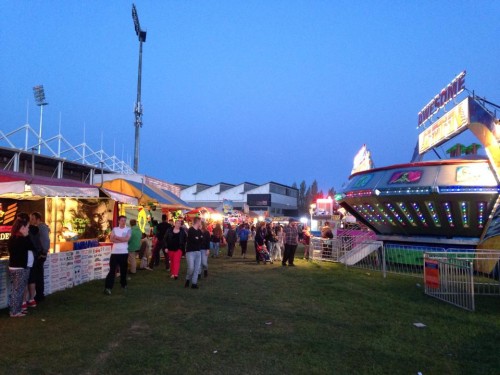 In a bid to save the Royal Launceston Show the National Trust Tasmania plans to register the annual event as a heritage risk and is set to launch a ‘save the show’ campaign within weeks.

National Trust Tasmania Managing Director Matthew Smithies explained “heritage risk usually means objects you can touch and feel, but the show is portable and annual. Is it heritage? It is. Does it look like it won’t happen? Yes, for all intents and purposes it is heritage at risk.”

The heritage body is reportedly working with the Royal Launceston Show Society to release an awareness campaign to show how the Launceston Show fits into the city’s - and Tasmania’s - cultural heritage.

The campaign will draw on Launceston’s history as an important trading port, highlighting how the annual agricultural show has been an important city fixture since 1834.

Smithies stated “the Launceston Show has been running for seven to eight generations and it really is an institution. It really is part of the fabric of Launceston.

“Launceston is a town based on agriculture. The port of Launceston was incredibly busy for five or six generations and the agricultural show was part of that trade.”

Smithies stressed that agriculture is not just part of Launceston’s past, with truffle, berry, cherry, apple, salmon and beef producers within a short drive from the central business district, adding “the show should be representing the past, but also agriculture in the future because there’s incredible entrepreneurs on our doorstep.

“From a cultural perspective, the agricultural show is really about our founding fathers, who established the show. Are we ready to let that go?”

Gibson concluded “with National Trust’s backing, we’re looking at fundraising options to try to have a one-day show on Show Day Thursday. We’re looking at ways and means to raise money at the moment.”