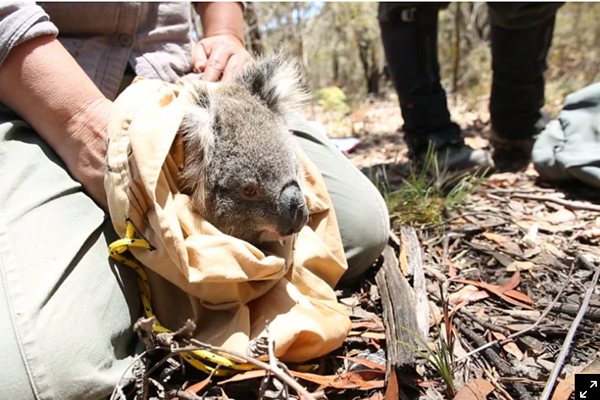 Researchers supported by one of the United States’ most popular zoos, San Diego Zoo Global, are preparing to go into the fire-ravaged areas of the Blue Mountains region for a koala rescue mission.

The Blue Mountains World Heritage Region is home to the most genetically diverse population of koalas in the world, and San Diego Zoo Global is providing resources for the team to analyse the damage in the region, estimated to be more than 1 million hectares, and strategise how to revitalise animal numbers and habitats in the area when the fires are eventually out.

Dr Kellie Leigh, researcher with San Diego Zoo Global and executive director of not-for-profit conservation organisation Science for Wildlife advises “we have been working in this area for many years now, tracking koalas to learn about them and to assess their population numbers.

“The population of koalas in the Blue Mountains have high levels of genetic diversity. This makes this particular population very important for the survival of the species.”

Due to the tall trees and rugged terrain of the area, visual observation of koalas in the region was not feasible. Since 2015, researchers have used an innovative radio-tagging approach to track individual koalas.

Dr Leigh was part of a team that successfully rescued a dozen koalas from the area just before Christmas, some of the "most genetically diverse [koalas] in the country".

As the bushfires threatened the area, Dr Leigh and volunteers with Science for Wildlife were able to quickly locate 12 koalas, removing them from the area to the Taronga Zoo, where they could be protected until the crisis had passed.

Dr Leigh noted “these fires are completely changing how wildlife management will be carried out in future in Australia.

“In the short term, we will be engaging in search and rescue for wildlife that needs assistance, and putting in water sources for the wildlife that have been left behind.

"Their habitats have been removed, they've got nothing to go back to to eat, and a lot of the creeks and rivers are dry. We need to start dealing with that problem.

The long-term goal will be to return the koalas that were rescued to the wild and to allow the population in the region to recover.

Dr Megan Owen, director of population sustainability, San Diego Zoo Global added “we are hearing from our colleagues in Australia that they have tremendous concern regarding what species and habitats will remain once this event is over.

“Historically, small wildfires have occurred naturally without devastating an entire population. In our modern world, climate change is acting as a threat multiplier, creating scenarios where species are pushed suddenly to the brink of extinction and need immediate human intervention to help them survive.”

In response to the threat facing wildlife and habitats in Australia, San Diego Zoo Global has begun a fund-raising campaign to support recovery of koalas, platypuses and other species. For more information, and to support these efforts, visit EndExtinction.org/Help.