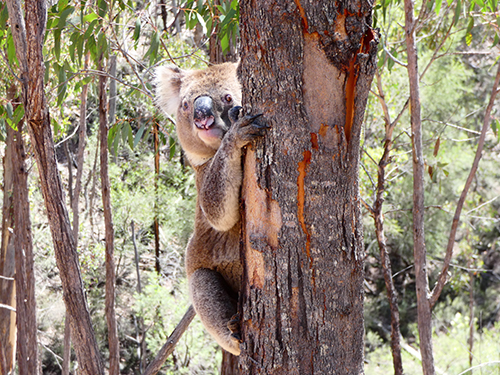 With an aim to halt the decline in its koala population, the NSW Government has announced the creation of a new national park, along with a major new package that will improve access to existing national parks.

The NSW's newest national park will cover around 3680 hectares to the north of Goulburn an dbordering Wollondilly. The new park is centered around Tugalong Station – about 25 kilometres northwest of Bowral.

NSW Environment Minister Gabrielle Upton said the new national park contains some of the Southern Highlands' best koala habitat, adding "koalas are an iconic species and we are acting to ensure their survival."

Advising that the package would make it "easier for people to enjoy our wonderful natural beauty," Premier Berejiklian concluded "NSW boasts some of the most majestic and picturesque coastal lookouts, outback walking tracks, camping grounds and beaches in the world and we want more visitors to experience the natural beauty and wonder of our national parks."

• More access – significant upgrade to the 13.6 kilometre Grand Cliff Top Walk from Wentworth Falls to Katoomba in the Blue Mountains World Heritage Area ($10 million). Also, upgrading access to famed lookout points to a mobility impaired access standard ($9.9 million).
• Improved park visitor infrastructure and facilities – expansion of picnic areas, BBQs, water provision, facilities ($38.7 million) and increased support for families and people with restricted mobility ($45 million). This will include upgraded picnic facilities and the walking tracks at Audley Weir, in the Royal National Park.
• Safe access – Investment in making the extensive network of walking tracks and trails safer and more accessible ($36.4 million); expansion of the 'Think before you Trek' safety program for bushwalkers and work with other agencies to deliver other priority safety programs like rock fishing and enhanced mobile connectivity in the parks ($1 million).