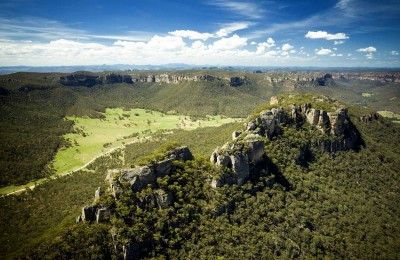 An impending reorganisation of the NSW National Parks and Wildlife Service (NSWPWS) could see a rise safety, bushfire and biosecurity risks according to the Public Service Association (PSA).

With the NSW Government reportedly planning to reduce the number of NSWPWS areas from 50 to 37, and axe 13 management positions overseeing those areas, the PSA, NSWPWS staff and community members today (Thursday 19th October) rallied against the plans in Griffith, Katoomba, Queanbeyan, Grafton and Wollongong

The PSA said the highly experienced area managers played a critical role in preserving wildlife and protecting the public, but they had now "found themselves on the threatened species list".

The union's spokesman Tony Heathwood said it was a disappointing way to mark 50 years of the NSWPWS.

Heathwood advised “these roles are vital to how our parks operate, and deleting those roles is going to have an enormous impact on how those parks will function.

"They manage bushfires, feral animals and the whole biodiversity of our national parks system."

In NSW's central-west, there have been concerns cutting area manager positions will lead to a blowout in deer and wild dog numbers, particularly in areas where national parks adjoin farmland.

Meanwhile, in the north of NSW, unions say more than a dozen jobs will be cut, undermining threatened species recovery and bushfire control programs.

With previous cuts having impacted the Illawarra region, the National Parks Association's Illawarra branch President Graham Burgess said rangers were now often being tasked to Royal National Park, south of Sydney, and were unable to respond to safety issues in other parks.

Burgess told the ABC “we see a bit of antisocial behaviour sometimes, and it really needs rangers to be onsite, to talk to people, to manage the safety, to be seen and communicate to the public about what should and shouldn't be happening in our parks.

"What we're seeing, I think, with the current Government is a situation with National Parks that we've never had before.

"We're seeing this Government spending a lot of money around Sydney on boring tunnels, but we're not seeing it being directed to National Parks at all."

The NSW Office of Environment and Heritage (OEH) said the restructure would result in a net increase of 119 field-based roles, which would increase NSWPWS's biosecurity and safety management capacity.

A spokeswoman said formal consultation with staff finished last month, but it was committed to constructively engaging with staff and unions during the transition.

The OEH spokeswoman advised “the number of ongoing operational and customer service employees will increase, and new supervisory roles are proposed to support the new area managers in ensuring local service delivery.”